Turning the Tide on Impunity: Protection and Access to Justice for Journalists and Human Rights Defenders in Mexico

Mexican President Andrés Manuel López Obrador took office after campaigning on a platform focused heavily on combating corruption and insecurity and bringing peace and reconciliation to the Mexican people.

A new report from the Washington Office on Latin America (WOLA and PBI) focuses on how the new government can approach an important aspect of this endeavor: creating a safer and more enabling environment for journalists and human rights defenders to carry out their important work. 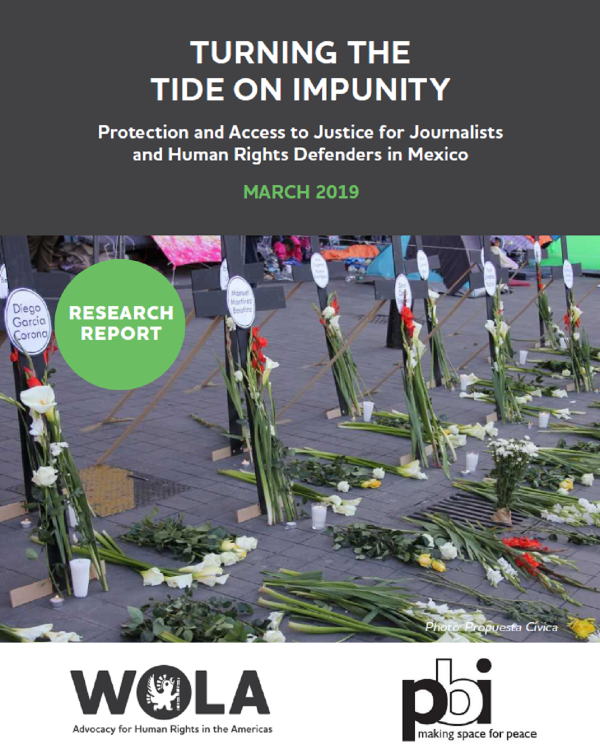