On January 7, 2018, in the village of La Concepción in Guerrero in southern Mexico, extrajudicial executions, acts of torture, and arbitrary detentions were carried out against members of a community group (CECOP, Communities Opposing the Dam La Parota) and against community police (Regional Coordination of Community Authorities – Community Police, or CRAC-PC, a community self-defense initiative). The community groups are targeted for their opposition to a dam on the Papagayo River.

As the local community celebrated a festival, unidentified armed men attacked members of CECOP and the Council of Ejidos, as well as community police; two police and six of the attackers were killed. State and federal police, as well as members of the army, responded to the incident by raiding homes of CECOP members in La Concepción and surrounding communities without warrants or permission. Three more community police members were killed in the operation, and more than 30 were arrested; two prominent leaders of CECOP, Marco Antonio Suástegi Muñoz and his brother Vicente Suástegi Muñoz, were also arrested. Currently 25 people are accused of homicide. 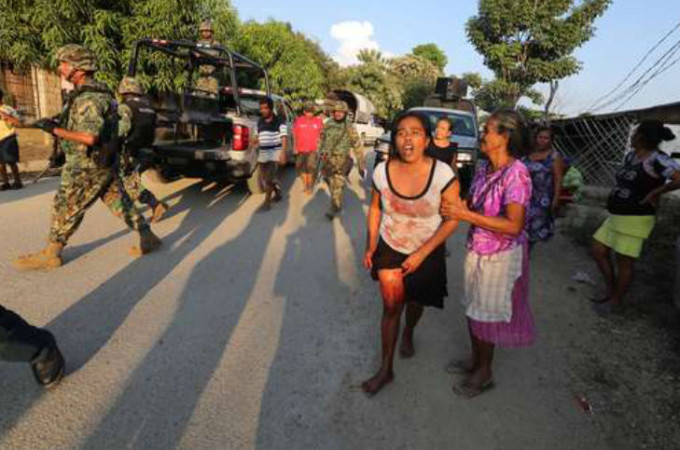 The Tlachinollan Human Rights Center--the legal representative for the detained--reports that members of the Council of Ejidos and CECOP suffered serious human rights violations and that these arrests were made as part of a criminalization strategy against the community for its opposition to the hydroelectric project known as La Parota. Tlachinollan's lawyers have been the target of threats and defamation, as well.

This is only the latest in a long history of violence surrounding the dam and its opposition. For more information, see here.