Defenders from across the world gather in Brussels

Over three days, 40 human rights defenders from the Americas, Europe, Africa and Asia came together in Brussels to exchange experiences and knowledge about holistic protection. This meeting allowed us to analyze the global tendencies that impact our risk as well as identify our common needs as a collective of human rights defenders. The sessions allowed us to construct a common narrative and key messages and recommendations to political actors in the European Union and its member states. 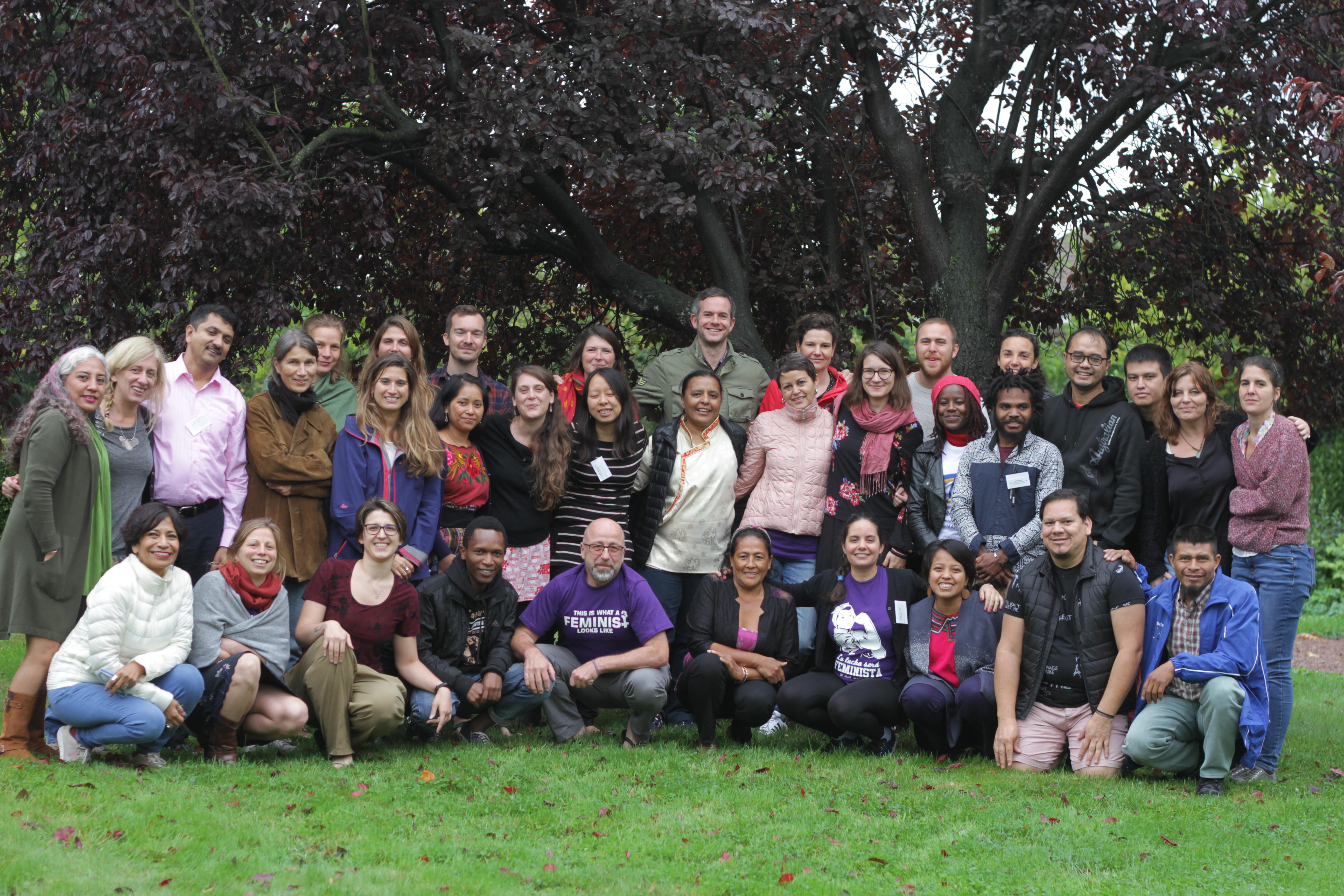 When assessing the situation for human rights defenders over the past 20 years of the promotion of the Universal Declaration for Human Rights Defenders, we reiterate that we undertake our work in increasingly hostile contexts, with increased social conflict and killings often resulting from economic projects and religious fundamentalism, and we confront risks such as criminalization and the repression of social protest.

Against this adverse scenario, we wanted to reflect on our achievements and recognize, for example, that human rights defense movements have increased and strengthened in countries where PBI maintains projects. We also reflected upon the historic sentences from the Inter-American Court as well as in certain States such as the sentence for genocide in Guatemala. In this vein, we consider that we have a greater amplitude of space in which to act and participate as human rights defenders. In certain countries, judicial instruments have progressively been adopted that strengthen the rule of law, such as the Kenyan Constitution in 2010. These successes have pushed for necessary changes so that societies may become fairer and more democratic and prove the importance of continuing to support and protect human rights defenders.

The delegation of 13 human rights defenders from Mexico, Colombia, Guatemala, Honduras, Kenya, Nepal and Indonesia had several meetings with the human rights and geographical departments of the European External Action Service (EEAS) and the political attachés of members of the European Parliament. These political actors from the European Union had the opportunity to listen to the analysis and findings of the previous sessions and direct testimony from the human rights defenders, lawyers, defenders of women's rights, LGBTI rights, economic, social and cultural rights and others who daily confront violence. Similarly, they shared recommendations directed at recognizing the work of human rights defenders, improving their protection from a holistic perspective and reverting the situation of generalized impunity.

Concluding the event in Brussels, PBI joined the Permanent Representation of Austria in organizing a conference between human rights defenders, international experts from the UN, representatives from the EEAS and the General Trade Direction of the European Commission, permanent representatives of the member states, and international human rights organizations. During the event, the importance of good communication was highlighted as an empowering tool of protection through visibility, but also emphasis was put on the need to increase funds, promote and support networks and support the creation of legislation in favor of the protection of human rights defenders. The civil society representatives insisted on the need to promote binding legislation in the EU that regulates due diligence of companies and establishes effective mechanisms for access to justice with the participation of human rights defenders.

Below human rights defenders reflect on the impact that the UN Declaration on HRDs (as well as PBI's accompaniment) has had on their ability to carry out their work.