UPDATE: On January 22, a court conviced three retired members of the military in connection with Operation Dragon. Learn more in our more recent article here.

In his 25 years as a human rights lawyer, Jorge Molano has represented victims in many emblematic cases such as the Palace of Justice where Coronel Luis Alfonso Plazas Vega was convicted after appeal for the crime of aggravated forced disappearance 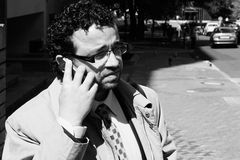 PBI speaks with attorney Jorge Molano about so-called “Operation Dragon” in which union leaders, human rights defenders and political leaders were the objects of a campaign to discredit them and an alleged assassination plot in Valle de Cauca.  In August 2004, the Prosecutor’s office and Technical Investigation Corps (CTI) discovered a series of official documents that detailed the various elements of “Operation Dragon”, an undertaking which included the illegal surveillance of 170 people—one of whom was Berenice Celeyta who is accompanied by PBI1—with the apparent aim of killing human rights defenders, union representatives, and members of the Colombian political opposition.  The Prosecutor’s office has demonstrated that the 3rd Brigade (Colombian National Army), the Cali Police, and the Department of Administrative Security (DAS) supported and collaborated in the gathering of information.2  In October 2011, three members of the military were apprehended for their participation in Operation Dragon.3  The operation was allegedly coordinated by Coronel Julian Villate Leal4 who was assigned to coordinate security at the Embassy of the United States in Bogota from December 2004 to July 2005, even after the Operation had become public knowledge.5

In his 25 years as a human rights lawyer, Jorge Molano has represented victims in many emblematic cases such as the Palace of Justice where Coronel Luis Alfonso Plazas Vega was convicted after appeal for the crime of aggravated forced disappearance.6  Due to the risks he faces for cases such as the Palace of Justice, Operation Dragon and others, Mr. Molano has been granted cautionary measures from the Inter-American Commission on Human Rights.  PBI has accompanied him since 2009.

PBI: What is Operation Dragon?

Jorge Molano: The plan was carried about under the guise of contracts from different public entities to study the risks of the energy system provided by the Public Services Corporation of Cali.  This study ended up being a project of surveillance to identify the movements and activities, levels of vulnerability, and the names of family members of the leadership of SINTREMCALI (Public Services Corporation of Cali Workers’ Union), members of the CUT (United Workers Central), Berenice Celeyta of the Association Nomadesc, and then Congressional Representative Alexander Lopez Maya.

PBI: What were the reasons for the surveillance carried out against these people?

JM: First, to generate a climate of fear in those social sectors in Valle de Cauca.  Second, to directly attack the Public Service Corporation of Cali Workers’ Union—they aimed to weaken the union structure.

PBI: And why the surveillance of Alexander Lopez and Berenice Celeyta?

JM: Alexander Lopez Maya had been challenging the privatisation of the Public Service Corporation of Cali and Berenice Celeyta had been accompanying and advising SINTREMCALI on human rights issues for many years.

PBI: In October 2011, three military officials were apprehended for their involvement in Operation Dragon.  Do you consider these arrests a positive development in the case?

JM: This is a case of alarming and shameless impunity.  It is one of those cases where the Colombia justice system did not require or need additional witness testimony: they had documented evidence of perpetrators’ responsibilities; they had the personal agenda of the Coronel where there was abundant information about trade unionists and human rights defenders; and they had the computers where they had recuperated deleted information that demonstrated all of this intelligence work.

The prosecutor changed times in the first few years of the case; we got them to open the case through a constitutional petition (or tutela).  After a great deal of insistence, in 2011, the detention of the three military officials was ordered, with the caveat that they were given house arrest—they are going to their own homes.  In other words, the message the Prosecutor sends is that if you plan to kill human rights defenders in Colombia, members of the political opposition, and trade unionists this, in and of itself, is not a serious matter, and it allows people to doubt that they were actually going to carry out these crimes, as if [those arrested] apparently do not constitute a real threat to either the [human rights] defenders or the larger society.

We have asked the prosecutor whether now is the time to close the investigation and decide if they will be brought to trial.  Meanwhile, we have been presenting the case for several years before the Inter-American Commission on Human Rights so that the Colombian State’s responsibility can be established.  At the moment, the case is in the phase of admissibility before the Inter-American System and what has happened in that the charges for threats have been deemed inadmissible, this has also happened with the charges of violating the rights of association and unionization.  The only charge that remains is conspiracy to commit a crime, which we see as representative of the total impunity to date.

PBI: Do you think that in recent years there have been any improvement in terms of the degree of impunity?

JM: I believe the problem continues to be structural.  Here the problem is not impunity in isolated cases but as a generalised practice.  Today there is more punishment for members of the Public Forces, but 95.98% of the punishment reflects only 3% of the violations committed in Colombia, and they are always directed toward lower ranking members of the Public Forces.

PBI:  What protection scheme to you currently count on?

JM:  We had protection mechanisms provided by the State such as armoured vehicles, body guards, [bullet proof] vests, etc., and that was in place until March of last year when we demanded that the Government clarify what our guarantees were in exercising our work.  We took that opportunity to propose that material protection measures—cars and that type of thing—should be understood as complementary to dissuasive measures.  What we are talking about is that there should be political measures and measures to investigate.  At the end of April of this year, the Prosecutor’s office informed us that in terms of investigation, there has been no advance.  In terms of political measures, we requested that the Ministry of Defence and the Ministry of Interior adopt these measures in relationship to our work.  Fourteen months have gone by without the Government adopting any kind of protection measures that are political in nature.

Fortunately, we have counted on accompaniment by Peace Brigades International and other organisations that have shown solidarity, and accompanied us in carrying out our work and making our petitions.  We also believe that it has been important to have the attendance of different embassies at trials and hearings, since this is a dissuasive factor for potential perpetrators.