Mexico City, 15 August 2016.– On 19 August, PBI volunteers accompanied the organisations Tierra Nativa, COSYDDHAC and CONTEC to a meeting of the Regional Consultative Council of the Copper Canyon. Various issues were covered in the meeting in relation the tourism project, which led the local communities to write an official letter to President of the Republic Enrique Peña Nieto in 2014. Miguel Manuel Parra, spokesperson for the Mogótavo, Bacajípari and Wetosachi communities, highlighted the importance of protecting the environment and the traditional ways of life of the Sierra Tarahumara, which are being affected by this form of tourism, without any benefit whatsoever to the local populations. In addition to the aforementioned SCOs, the meeting was also attended by the Secretary for Tourism of Chihuahua, service providers and members of community members.

This Council was created in 2015, after a National Supreme Court of Justice ruling made it obligatory for the three levels of government to consult the indigenous communities on the tourism project, however, the communities and organizations have reported that proper consultation has not been implemented under the terms established by ILO Convention 169.

Tierra Nativa has produced a documentary on the topic entitled Divisadero Tierra Nativa Rarámuri, which recounts the struggle of the Mogótavo community for recognition of their ancestral territory and for an alternative form of development that respects their culture. 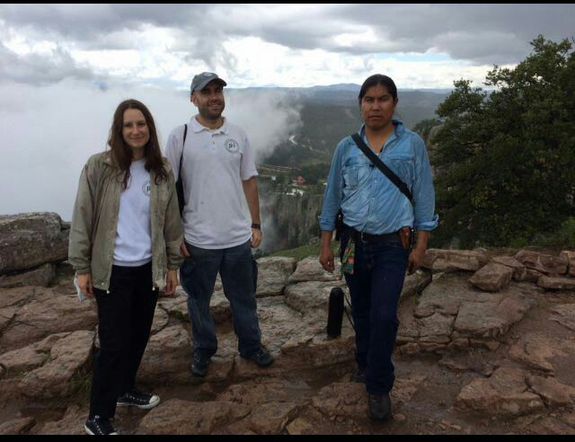