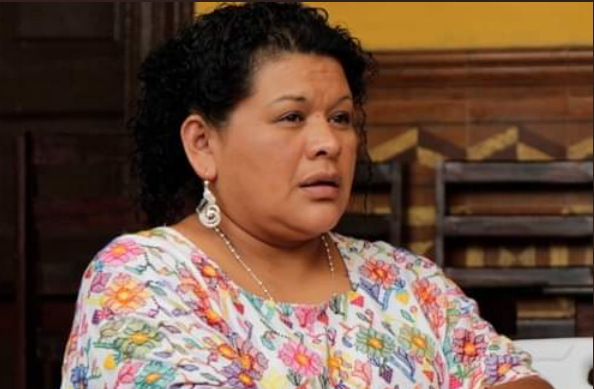 On April 21, the Peace Brigades International-Guatemala Project posted on its Facebook page that it accompanies Indigenous land rights defender Lesbia Artola of the Campesino Committee of the Highlands (CCDA).

It then shares a Women and Politics in Guatemala post that notes, “In a recent statement, the Finqueros [farmers] de Alta Verapaz resumed their threats against her and accuse the CCDA of being an organization linked to organized crime. The farmers even call on the government to establish a state of siege in the region.”

“The peasant organization rejected these points and demanded that the government act to avoid an escalation in these criminalization actions against the peasant leadership, and especially against the defender of the territory, Lesbia Artola.”

PBI-Guatemala has previously explained, “[In the Verapaces region] CCDA accompanies more than 150 Maya q’eqchi’ communities who have been repressed and stripped of their land or are immersed in conflicts regarding land tenure. Due to their work, many of their members have faced threats, criminalization processes, kidnappings, and murders.”

In Bulletin 40 (December 2018), PBI-Guatemala provides further context: “The recognition of land titles and disputes over these titles continues to be a huge problem in many regions of Guatemala, including the Verapaces.”

“With the liberal reform at the end of the 19th century, the elite landowners came to power and enacted laws with the coercive force of the State to take over communal lands of indigenous peoples.”

“The indigenous q’eqchi’ population, stripped of their lands, were subjected to a feudal economic system that forced them to work as mozos colonos [settlers] on coffee plantations. Over time the plantations changed owners but the mozos colonos stayed on the lands.”

“When the mozo colono system ended, campesino and indigenous families who had worked the lands were evicted from the plantations and were not given another alternative for survival. Thus, they were forced to reclaim land where they could live and cultivate their food.”

That PBI-Guatemala article adds, “For Lesbia Artola the concepts are mistaken, as campesinos are branded as land invaders, but from her point of view the true invaders are the landowners and companies.”

When Lesbia visited Switzerland last year at the invitation of Peace Brigades International, PBI-Switzerland reported, “In 2018, five CCDA representatives were killed in the Verapaz region. PBI has accompanied the organization ever since.”

Lesbia says of those attacks, “They wanted to silence us.”