PBI accompanies environmental defenders and activists in different parts of the world as part of a commitment to protect the environment. PBI is of the view that a culture of respect for human rights can only truly be achieved when local human rights defenders are protected and can continue with their important work despite the attacks that they face and the risks inherent in their work.

Those who defend their water and ecosystems are at the frontline of environmental protection and must be able to continue their work in secure conditions. 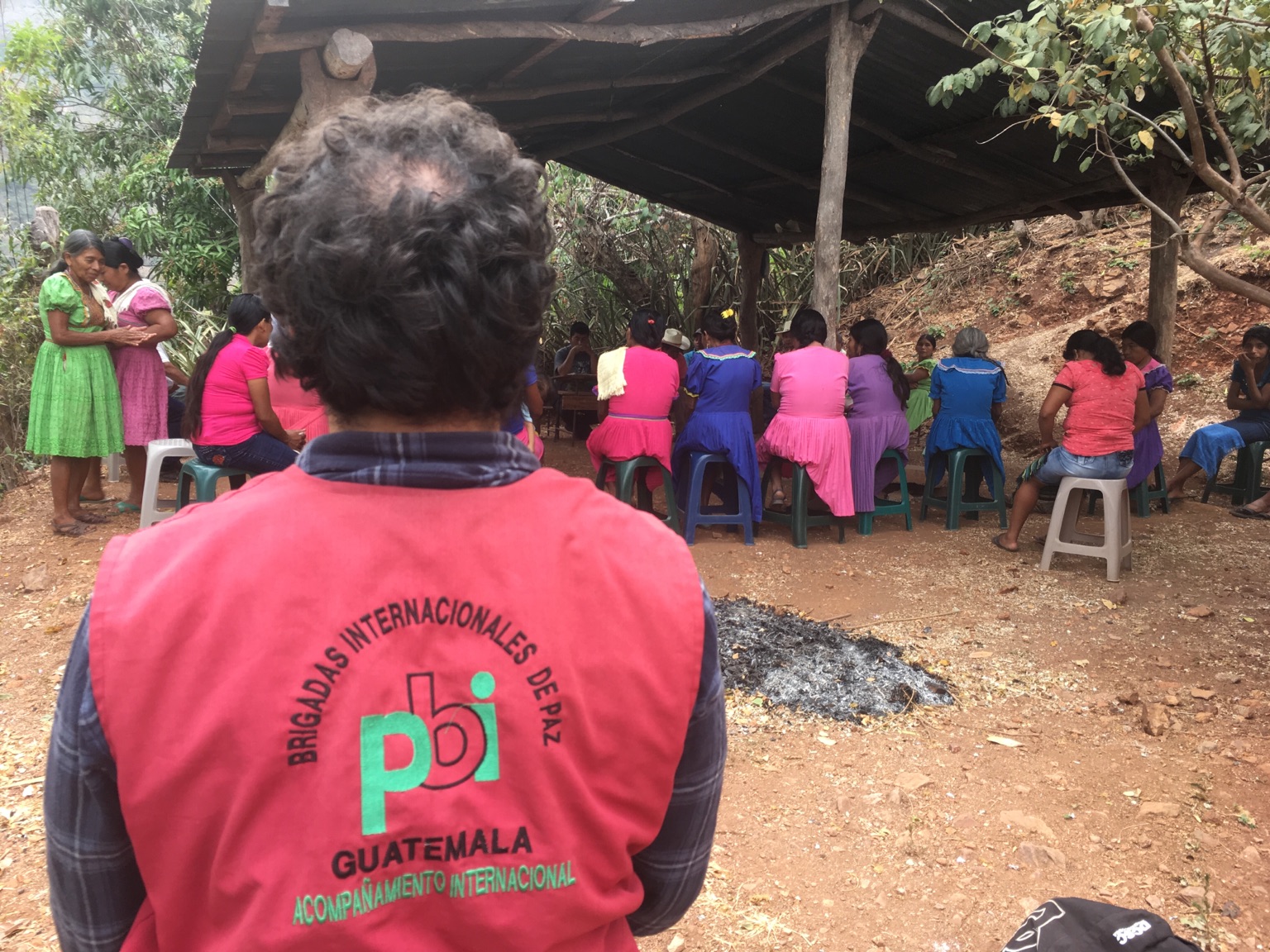 One organization that PBI supports is the Ch’orti Nuevo Dia Central Campesino (CCCND), which works in four Ch'orti' municipalities in the department of Chiquimula. The work of CCCND revolves around the defense of the territory and its main actions focus on the impacts of projects on the environment and local economies.

Recently the CCCND has been supporting The Peaceful Resistance to the Cantera Los Manantiales Mine. The Resistance campaign against the mine due to the ‘negative impacts on the water and the environment’. In particular ‘the fish were beginning to die in large quantities’ and that the water was ‘totally affected by pollution from the waste material’.  The license for the mine was granted without the free, prior, and informed consent of the affected communities as required by the International Labour Organization’s Convention 169.

The Resistance through concerted action, including ‘sit-ins’ at the entrances to the mine, managed to secure the suspension of the mine’s license and withdrawal of machinery.

This victory was secured at great personal risk: ‘there have been constant death threats, intimidation, shootings into the grounds and air, surveillance’. 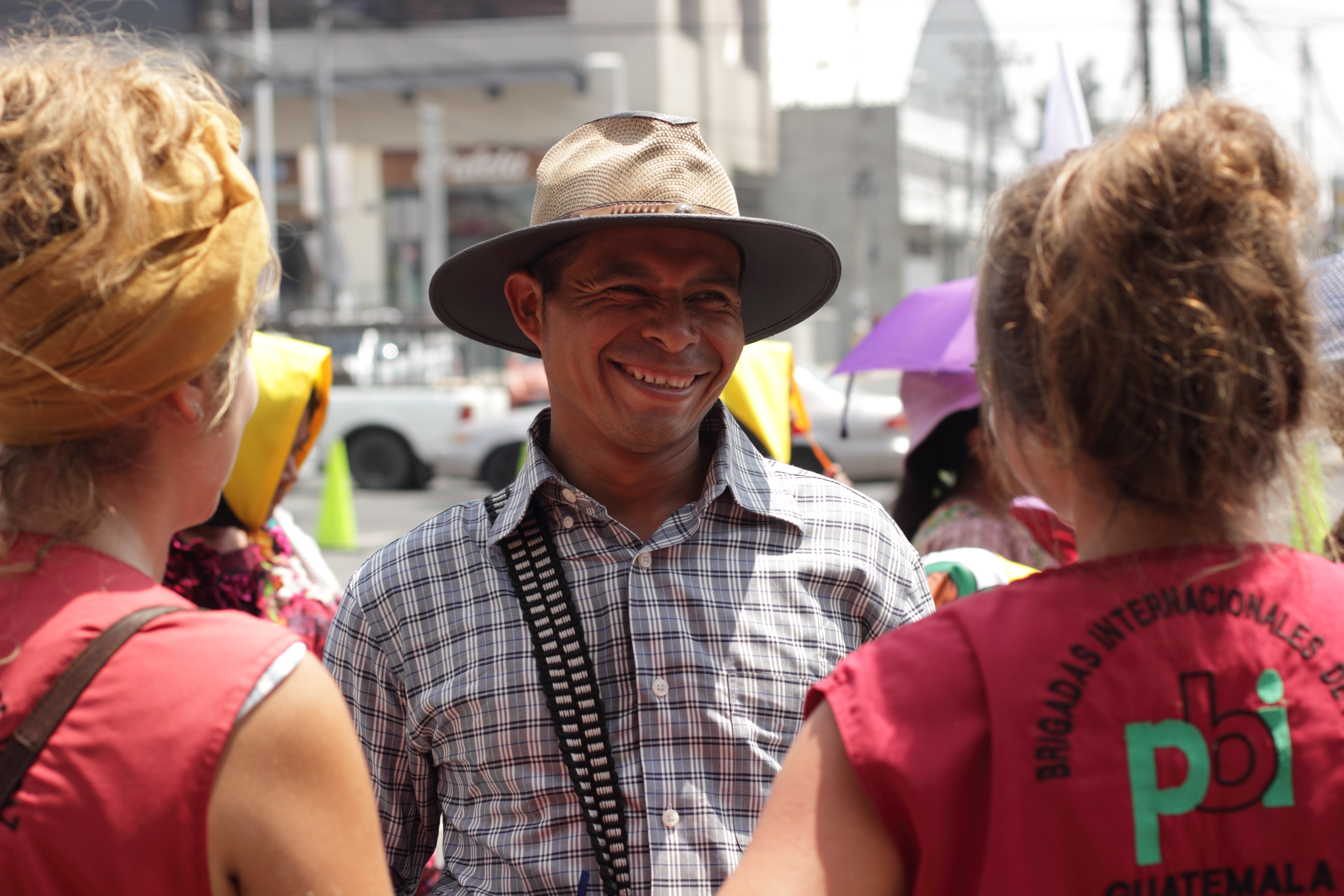 Domingo Vásquez a member of the CCCND states that ‘the truth is that being a defender arises from necessity. We human rights defenders are those who defend the land, the water, the woods, the rivers and hills, and everything that’s in our territory. I do this because we know that if no one stands up to defend the territories, then there would be consequences’.

‘On a personal level I have received threats not only because I defend the land but also because, as a defender, I support victims of abuses and attacks. For that reason, I have felt personally very threatened’.

PBI has been accompanying CCCND since 2009 following threats and harassment to the members. Omar Jeronimo coordinator of the CCCND says: ‘accompaniment in Guatemala saves lives’.

In Honduras, PBI supports the Honduran Centre for the Promotion of Community Development (CEHPRODEC). The organization works on the defense of human rights, in particular on economic, social, cultural and environmental rights in rural parts of Honduras.

CEHPRODEC has been working with the Lenca Indigenous Independent Movement of La Paz – Honduras (MILPAH) in their resistance to the construction of hydropower projects on their territory.  Members of MILPAH have faced threats and attacks. In 2015 Maria Felicita Lopez, Women’s Coordinator was the victim of a violent search of her home.

In the early morning of 22nd October 2015, a group of 20 police offices, 10 soldiers from the Infantry Battalion, and nine civilians searched three homes. During the search, they attacked three women and threatened to kill them and struck and intimidated 3 of the 16 children present in the houses.

That night Maria Felicita says: ‘They entered all at once, and shot at my eleven-year-old son three times. Thank God they did not hit him. They called me a bitch and a drug dealer.  The violence of the attack left the family in trauma: ‘I thought they would come back whenever they wanted and knock on my door. For three months my children would wake up at midnight screaming ‘Let’s go, mama, the police are coming’.