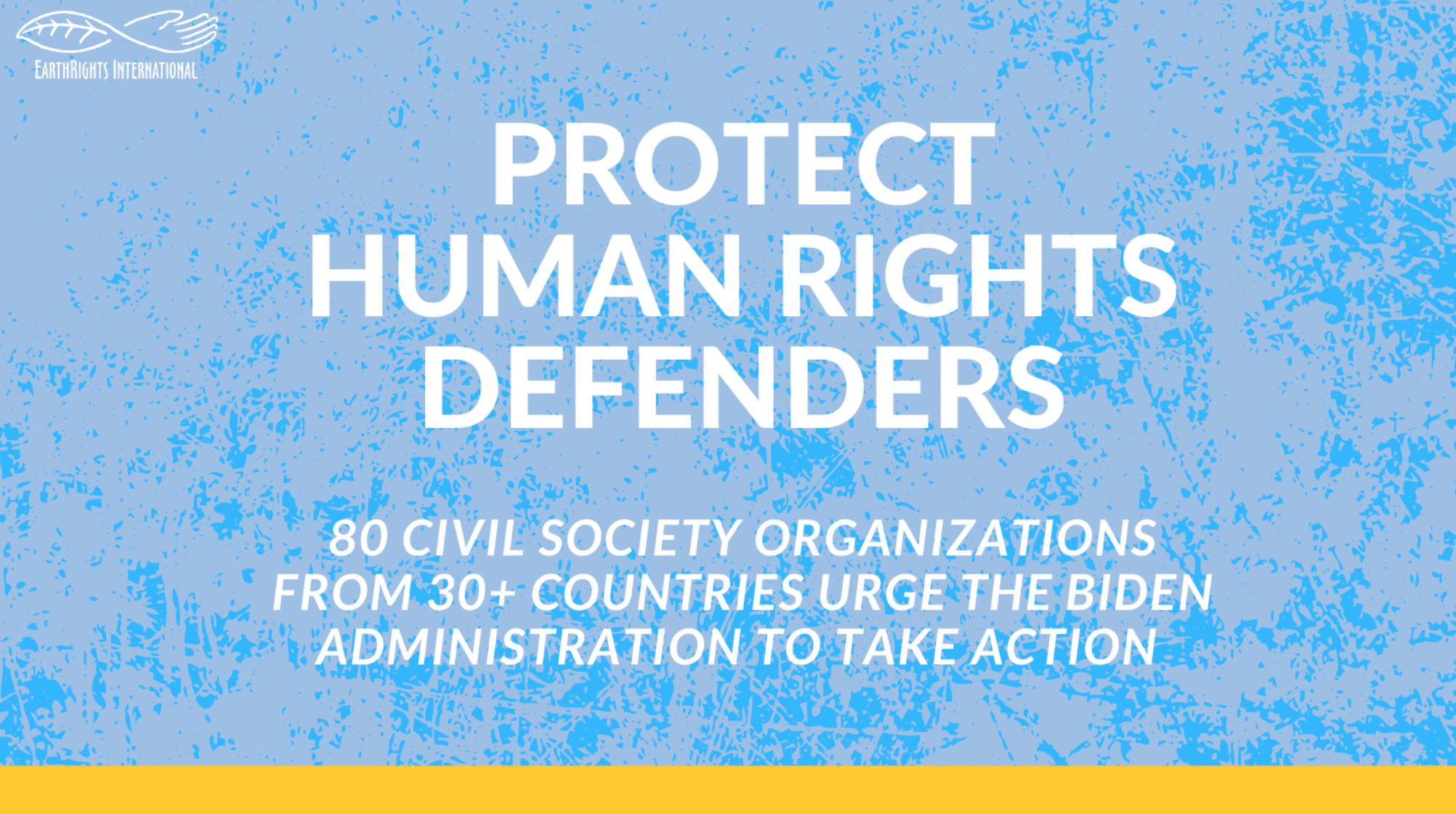 On February 9, Peace Brigades International-USA signed this open letter to U.S. Secretary of State Antony Blinken expressing concern about “the unabated rise in reprisals against human rights defenders, both globally and within the United States.”

Along with PBI-USA, the letter was signed by Amnesty International, Oxfam, Greenpeace, Global Witness, Front Line Defenders, and many others.

The letter calls on Blinken “to elevate the protection of human rights defenders as a U.S. foreign policy priority and commit to playing a global leadership role on this issue.”

It also expresses the concern: “We have seen situations where embassies are reluctant to support defenders in politically sensitive countries where the U.S. government has significant national security, economic, or geopolitical interests.”

– “We also encourage the U.S. government to engage in the first conference of parties of the Regional Agreement on Access to Information, Public Participation and Justice in Environmental Matters in Latin America and the Caribbean (Escazú Agreement), with a particular focus on sharing information with member countries on the protection of environmental defenders.”

– “Elevating the need for protection of environmental and land defenders, and ensuring justice for attacks against them, as a core part of the Biden Administration’s overall climate strategy, including in its engagement at the UN Climate Change Conference.”

Blinken became the US Secretary of State on January 26.