We are one week into our July Fundraiser! Can we count on your support?

We are one week into our July Fundraiser!

Can we count on your support?

Last week, we kicked off our July Peer-to-Peer Fundraiser in honor of our 40th Year Anniversary and to ensure our continued sustainability.  Can PBI-USA count on your support?

Human rights are under attack across the world, more than 300 defenders were murdered in 2020. In Colombia, protests have erupted since April 28th. Colombians have flooded the streets to demand equality, poverty relief, land reform, health care and other longstanding civil society grievances. The protesters faced brutal police violence and repression, particularly from the anti-riot police, ESMAD. Temblores ONG, reported more than 3,700 cases of police violence, and 45 murders. PBI-Colombia has been accompanying the human rights association, NOMADESC in Cali, the Committee in Solidarity with Political Prisoners (CSPP) at the protests in Bogota and the Social Corporation for Community Advice and Training (COSPACC) in the protests in Yopal.

In Nicaragua, the government has dismantled nearly all institutional checks on presidential power. In 2018, the National Police murdered 328 people, and injured 2,000 people. The government has continued to intimidate and arrest any opposition. Human rights defenders and government critics are the target of death threats, intimidation, defamation, harassment, surveillance, and assault. Since the social crisis of April 2018 and the intensification of repression against Nicaraguan citizens, 108,000 people have fled the country, of which it is estimated that approximately 85,000 have sought protection in Costa Rica. Since March 2020, the Peace Brigades International-Nicaragua Project has been accompanying Nicaraguan human rights defenders living in exile in Costa Rica.

In Honduras, LGBTQ+ communities continue to face discrimination and harassment. Since 2009, nearly 400 LGBTIQ+ murders have been recorded. According to CONADEH, 92 percent of the murders go unpunished. PBI-Honduras has been accompanying Arcoíris, the LGTB Association of Honduras, since July 2015.

Human Rights defenders are at the frontline of all of these fights. Each day, defenders risk their lives to protect the environment, indigenous peoples' rights and human rights. PBI is a leading NGO working to protect these threatened defenders. But, we need your help to ensure that we are able to keep providing the protection that they need.

Together, we can continue to provide life-saving support to threatened defenders across the world.

Director of Grassroots Fundraising and Communications 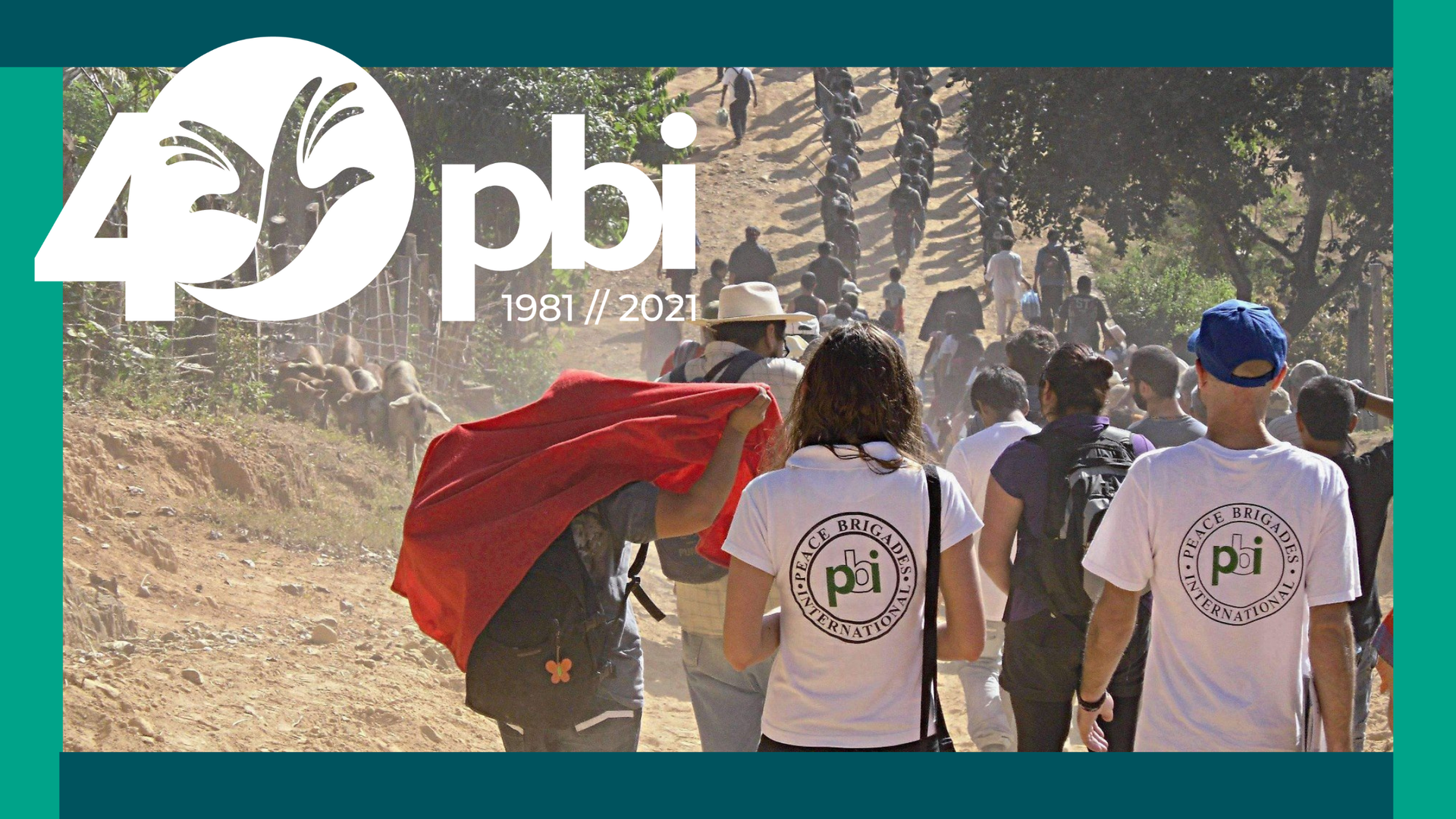 Want to join our global network of activists and become a fundraiser for PBI-USA's Peer-to-Peer Fundraiser?

Starting a fundraiser is easy. We'll even give you all the tools you'll need to make a difference. With your help we can ensure that social leaders, land and environmental defenders, and indigenous rights defenders have the resources and protection that they need to continue doing their valuable work.

You can start your own fundraiser via Facebook, or online using our giving platform. There is no fee for the transaction, all of the funds will be used for helping protect human rights defenders.

Please, don't forget to connect with us on social media for the latest updates and human rights news.