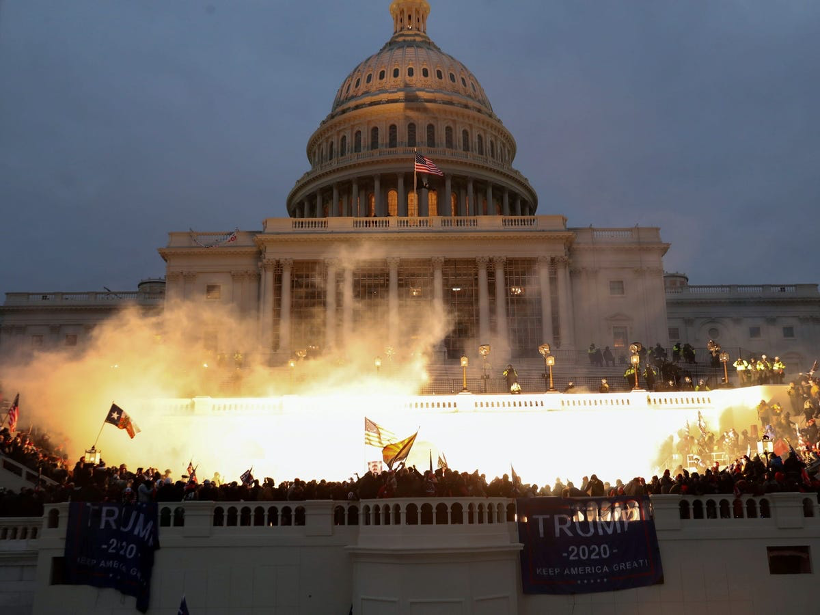 Photo: The aftermath of the US Capitol Building riots. Leah Millis/Reuters

The right to protest is an essential right that is fundamental to the principles of a democracy. But rioting and violence to intimidate the public and lawmakers from performing a peaceful transfer of power is not a protest. The events occurred on Wednesday in Washington, D.C. have to be condemned in the strongest of ways.

On Wednesday, a violent mob loyal to President Trump attacked the United States Capitol. The mob rushed through police barricades with the purpose of disrupting the vote to formalize Joe Biden’s presidential election victory. The rioters, many of which bore symbols of hate and white supremacy, attacked the Capitol police, looted and vandalized the offices and halls of Congress. A woman was shot, and four people were killed.  The Washington Metropolitan police seized 6 guns and arrested 52 people. In response, DC Mayor Muriel Bowser declared a 6 p.m. curfew. Authorities also recovered two pipe bombs, one at the Democratic National Committee and one at the Republican National Committee headquarters.

The chilling footage of lawmakers fleeing, and white-supremacists groups looting and vandalizing the U.S. Capitol, is a grim reminder that human rights and democracy can never be considering a given, even in a proud, long-standing democracy like the United States.

We also witnessed selective and racist police response to these violent rioters, and the disparate treatment that has been shown against indigenous defenders and the Black Lives Matter protestors, serving as a reminder that racism within the police continues.

As a human rights organization that values non-violent philosophies, PBI-USA expresses concern over the situation, and condemns these attacks on democracy and the peaceful transition of power. 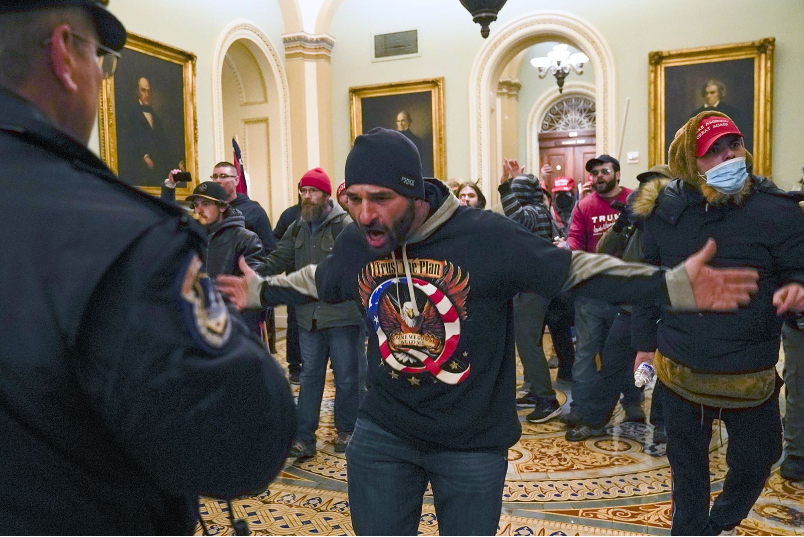 Photo: Trump supporters gesture to Capitol Police in the hallway outside of the Senate chamber. Manuel Balce Ceneta/AP