Women, a 'New Hope' for the rural population

This article was written by the Peace Brigades International-Honduras Project

The arrayán (Southern wax myrtle or bayberry) is a medicinal shrub that has curative properties, including the ability to cleanse the lungs. It is also the name of the village where in 1983 seventeen women created the peasant farmers’ organization Nueva Esperanza (New Hope), in the municipality of Comayagua (Department of Comayagua). The name, chosen for its powerful symbolic meaning, referred to the healing that they intended to bring to the "forgotten and mistreated" state-owned, untitled land* where they had lived for generations.

"The land was the dumping ground for Comayagua; our children lived surrounded by flies. You could find literally anything: hospital waste, human bones, glass, syringes... I remember that the roofs of our houses were made of discarded waste, people cut their feet whenever they walked anywhere and we had almost no water," explains Isidra García Colato, president of the Nueva Esperanza peasant farmer organization. The female founders of the group have worked hard for change despite the local context where women were considered to be "only good for cooking and giving birth to children".

From the very beginning, they were aware that they would need to collaborate with other groups. "First we joined the Rural Workers' Union (UTC) and then the National Rural Workers' Central (CNTC). Later we contacted the National Agrarian Institute (INA) to get proof of possession of our land, a space that no one had previously wanted to inhabit". However, they did so knowing that historically there was gender-based discrimination in terms of access to land and to land ownership, especially within the legal system. Previous agrarian laws initially designed to benefit the peasantry (passed in 1962 and 1975) had legally defined land ownership as eligible only to "men over 16 years of age", effectively invisibilizing rural women. It was only in 1992, with the Law for the Modernization and Development of the Agricultural Sector, that the legislation even contemplated the registration of property titles for spouses or common-law partners, opening new spaces for women.

Despite these legal advances, there continues to exist serious inequity in terms of access to land. In the last decade, Honduras' National Agrarian Institute (INA) granted almost 79,000 land titles nationwide, of which only 37% correspond to women, and currently only 14% of all rural women have a land title.

If land access for rural women is difficult, access to financial resources remains virtually impossible. For precisely this reason, one of the biggest demands of rural women is the urgent implementation of the Solidarity Credit for Rural Women (CREDIMUJER) – a program approved by the National Congress over 7 years ago in 2015. However, the Honduran government has still not managed to implement the program.

As they waited for the land title or a loan that would give them to apply for the titles, the women of Nueva Esperanza, backed by the CNTC, continued training, increasing their knowledge of women's rights and breathing life into a local literacy campaign. Several years later, the land began to yield fruit: "we managed to dig our own well and the fields began to heal. We produced all sorts, we even had mangoes and plums," recall the founders of this rural grassroots organization.

However, land ownership itself remained out of reach. At first it looked like the land belonged to the Honduran State, as it appears in the INA file, but Isidra García explains that in 2001 it was sold to Luis Bustillo, former congressman and councilman in the Comayagua City Hall, through a loan shark. The women were also very close to obtaining the land title under PCM 18/2008, a policy which stipulated that land titles be granted in favour of peasant farmer groups proving that they had held possession of the same lands since 2006 or earlier. However, the Coup of June 2009 and the mysterious "loss" of their file by the INA stopped them in their tracks. "The disappearance of our file was very suspicious. On top of everything else, the alleged owner taunted us saying things like, ‘How long have you been waiting for this land?’ and ‘They are going to die waiting." Since then, there have been constant threats, attacks and harassment towards the Nueva Esperanza base. 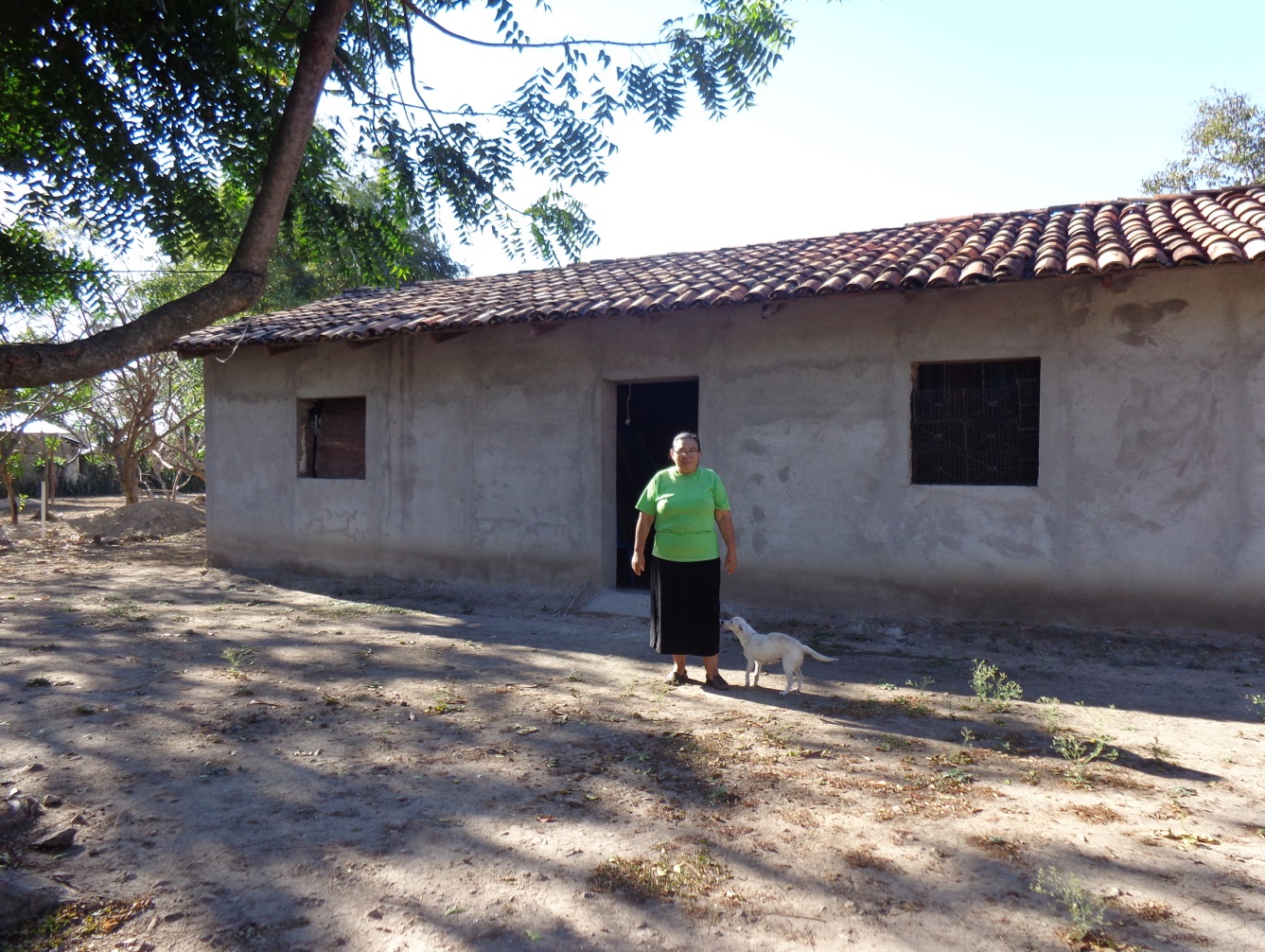 It’s incredibly difficult to quantify the number of peasant farmer groups who are in a similar situation. The evidence from CESPAD shows that the prevailing structure of rural land tenure in Honduras favours landowners and large agro-exporting companies over small peasant farmers. This corporate approach was echoed in PCM 030-2020, a policy which prioritizes support for the Food Production and Agro-industry sector and which has prevented sustainable solutions from being found, resulting in thousands of files shelved over the years.

However, in Comayagua, they are beginning to see the light at the end of the tunnel. After forty years of struggle, bureaucratic procedures, and hard work, the women were recently issued agrarian bonds in order to pay the supposed owners. This has given rise to another "New Hope": that the land titles might finally be registered in the name of those who have always cared for them and their descendants, since "we are already four generations who have lived and worked this land".

Current demands by peasant farmers' organizations include the implementation of CREDIMUJER, together with the strengthening of the governing body of credit for agricultural production  - the National Bank for Agricultural Development (BANADESA) - and the approval of a new Agrarian Reform Law for rural development and food sovereignty. The Reform Law would include an ethnic and gender focus, part of which would be an Agrarian Conflict Resolution Board. These requests are made even more urgent in light of the current global context due to which the United Nations has already warned of an increase in food insecurity in the country. The increase in fuel, the price of food, and agricultural supplies, among other factors, is likely to mean that in the coming months of July and August, almost a third of the country’s population, at least 2.6 million Hondurans, will face a food insecurity crisis or emergency.

* In Honduras tierras nacionales (national lands) are land that has not been granted by the State to any citizens be they natural or legal or to any other public or private persons. In other Latin American countries they may be known as terrenos baldíos.