Wangui Kimari works as the participatory action research coordinator for the Mathare Social Justice Center in Nairobi, Kenya, a community-based organization in the poor urban settlement Mathare. The organization strives for social justice by means of community engagement and the use of social movement platforms. The following is from an interview with Kimari conduced by PBI.

On the situation of Human Rights Defenders in Kenya

There are many interconnected issues. Threats to their work, threat to their livelihoods. The threats to them also highlight the grave conditions people live in. Lack of tenure security, lack of water, lack of sanitation--they are all interconnected but there are definitely threats to the work of Human Rights Defenders, especially female Human Rights Defenders, who are dealing with the extra burden and being single mothers… The police find it easier to intimidate them. There are many interconnected issues which all highlight each other but the threat of intimidation is great, threats to livelihood, neighbors, and families also exist. I need to make sure that there is more awareness of this in the broader local sphere to make sure that we are aware of what is going on in different communities. There are so many courageous activists in Mathare but we need to spread awareness also in other spaces which are maybe not accessible to all, we must talk about what is going on in our country and highlight the systematic violation of human rights

On the Mathare Social Justice Center

95% of our members are from Mathare, 85% of whom likely didn’t finish secondary school. They all live in different worlds, all have gone through post-election violence, all have gone through police violence... We work with a vision, and we work to fulfill it… The fact that we have genuine relationships with each other forms part of this vision. No organization is perfect, but we really strive for justice for all and want to give people the ownership of the project. Whether they’re a single mother, have been in prison for ten years, a middle-class person like me, we all own the project collectively. But we do this through critical reflection and solidarity. And if you see our principles, they’re collective leadership, solidarity, commitment… Our visions are very simple and very grounded.

In some ways the state deems shoot-to-kill policies legitimate in dealing with what people see as rising criminal activity. These policies are supported by a lot of Kenyans who feel that there need to be harder penalties and that the legal system doesn’t work. Unfortunately, we have made that normal, regarding people’s lives as if they are disposable. But for us, the position is that we need to investigate the broader issues that allow for people to leave their house to go steal. We’re asking for due process. If people have been caught, there needs to be an investigative process, there needs to be procedures followed, and that never happens. The police just take it into their own hands.

The many stories are of people that are just framed. The government is told that the crime is big and that they need to solve it, and in many ways, conscious and unconscious, these framings are legitimized by the richer middle-class people. But it’s often the young people who are caught in collateral damage. A mother who was breastfeeding a child was killed as a bullet ripped through her shack. But because she’s a mum, she got up before she died, with the bullet in her head, she put her baby on the table, collapsed and shouted: "I’ve been hit."

It becomes normal, you just take the body and sometimes, before they release it, they make you pay for the bullets that they used to kill your kin with. You just take the body and bury it, you don’t have any recourse…the government is not going to investigate its own practices so you just take your body and hope for change. But now, at least in Mathare, there is recognition and a lot of young people are organizing…often it is not safe, but they are still organizing.

Not just documentation but specifically community documentation is important because it allows us to use all of our resources and show the utility of everyone in fighting for justice. As we do community research, a type of research which is better because it is informed by people’s experiences, we are able to have a more comprehensive picture of the kind of injustices that have become normalized. Extra-judicial killings have been normalized to such an extent that no one ever documents them, there is never really any follow-up with police officers who killed people, and so we want to document this to show how it has been going on with impunity within our communities, the generations that have been lost from all of this, but also how it connects to broader structural violence. It gives us a way to pursue action from within our own community and move forward to action that’s more grounded, more ethical, and has greater impact for all community members. That is why we want to do documentation. It will also be a reference guide not just for us but also other communities in Kenya who are not able to do this research that we want to do. And just as a reference guide for anyone who is fighting for justice but also as a way to honor and remember these lives that passed without notice in the country and to make sure that they did not die in vain. That is why I want to do documentation. 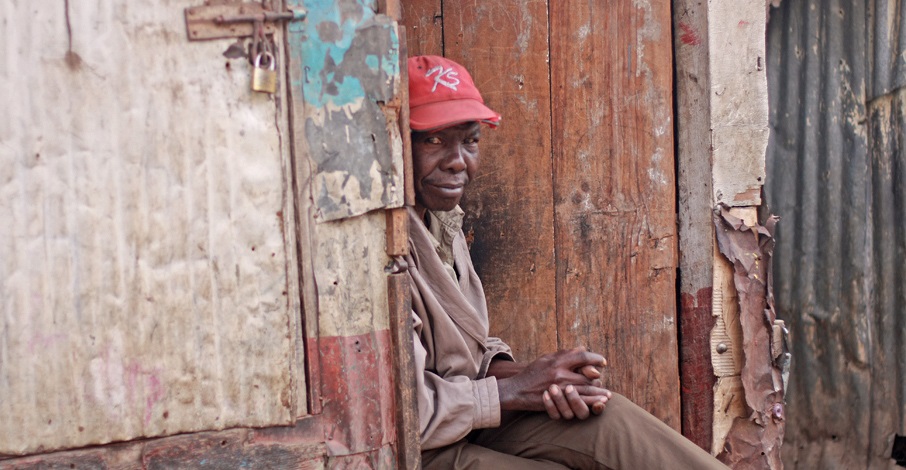 On resistance and engagement

Read. And be committed. And find a group that’s doing something…most of the work that we need is on the ground. And we always need resources as we have no phone credit, no computer, no internet, and no bus fare. That’s where efforts are needed and not in bigger, established international or internationally affiliated groups. Of course, they also have their role, there are certain things that we can’t do…we need more recognition of the daily work that Human Rights Defenders do because their work continues when they get home.