In February 2020, Dr. Agnes Callamard, the United Nations Special Rapporteur on extrajudicial, summary or arbitrary executions attended the conference ‘Every Voice Matters – collaborative approaches to safety in Nairobi’s urban settlements’ on an academic visit. In this interview, she speaks with PBI about what human rights activists have shared about the human rights situation in Kenya, impunity, and the role of the international community. She emphasizes the resilience and commitment of the mothers of the victims, youth, and human rights defenders, in the urban settlements.

The conference was held in Mathare and hosted by Mathare Social Justice Centre, Ghetto Foundation, Saferworld and PBI Kenya, and part of the 'Ushirijiano kewma kwa Usalama' project funded by the European Union. Here she is speaking to PBI UK Director Susi Bascon about the human rights situation in Kenya.

“I came here invited by human rights defenders, NGOs, experts who have been alarmed by the rate of killings by the police, of a specific target group, it looks like: of young men, particularly those living in the urban settlements in very poor conditions. As I have explained to them in my work for the last three years, I have found that around the world there is a common trend, which consists in a war waged by the state against the poor, and war waged by the state against the youth.” 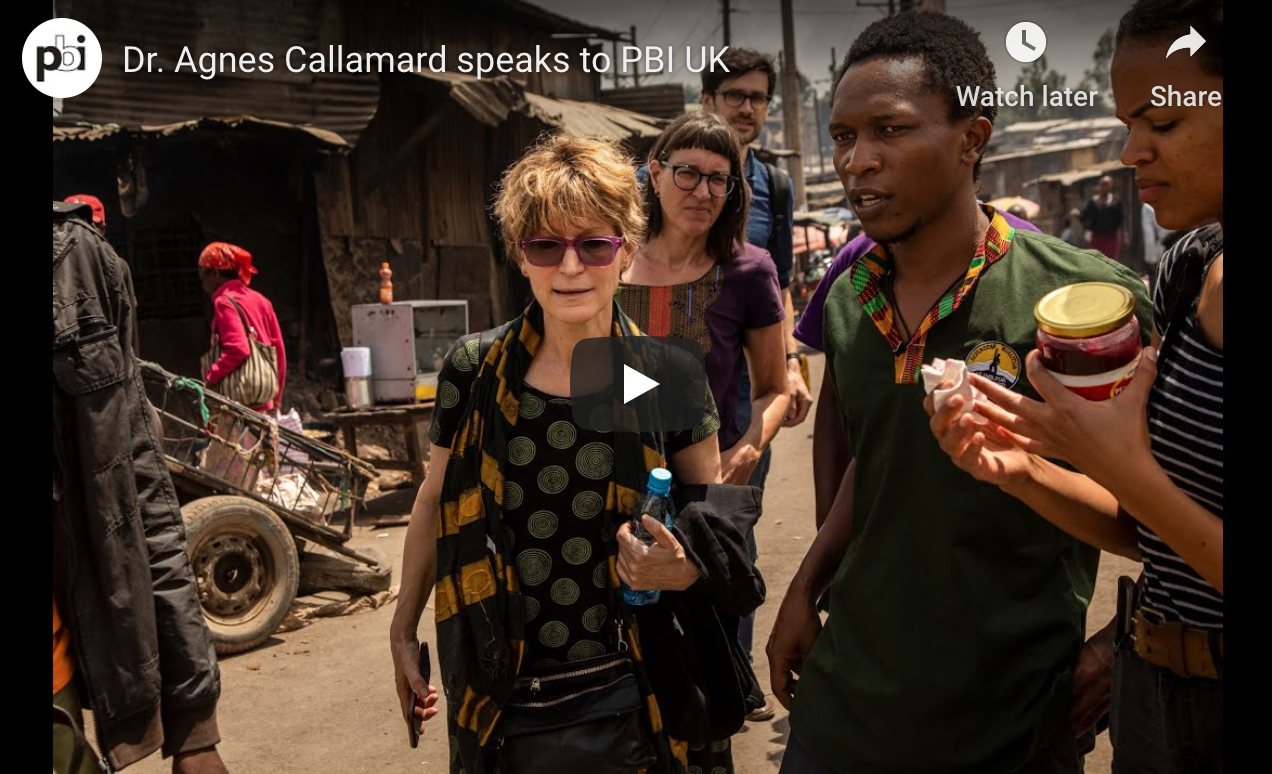