Mexico City, 9 August 2016.– A court judgement in 2014 ruled that the construction of the Copper Canyon Airport in the Sierra Tarahumara of Chihuahua was carried out without the prior consultation which is legally required by Convention 169 of the ILO and the Mexican Constitution for projects which affect the territories of indigenous peoples. As a result of failure to comply with the ruling, the Rarámuri community of the Forests of San Elías Repechique held a protest in April this year, which lasted thirteen days and ended with the signing of an agreement between the State Government and the Community. Under the agreement, the Government promised to allocate 65 million pesos to a public trust fund to repair the damages to the community. However, the State Congress delayed the agreed date for implementation of the agreement to August 17th.

PBI volunteers accompanied members of CONTEC – the organisation which is legally defending the community – on their visit to the forests of San Elías Repechique on August 6th in order to share the latest developments in the judicial process with the local community. In an official statement, the CSO highlights the lack of political will to comply with this agreement on the part of the State Government of Chihuahua. 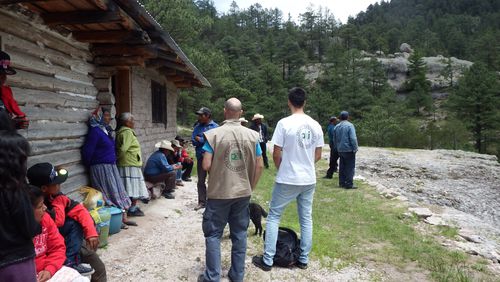