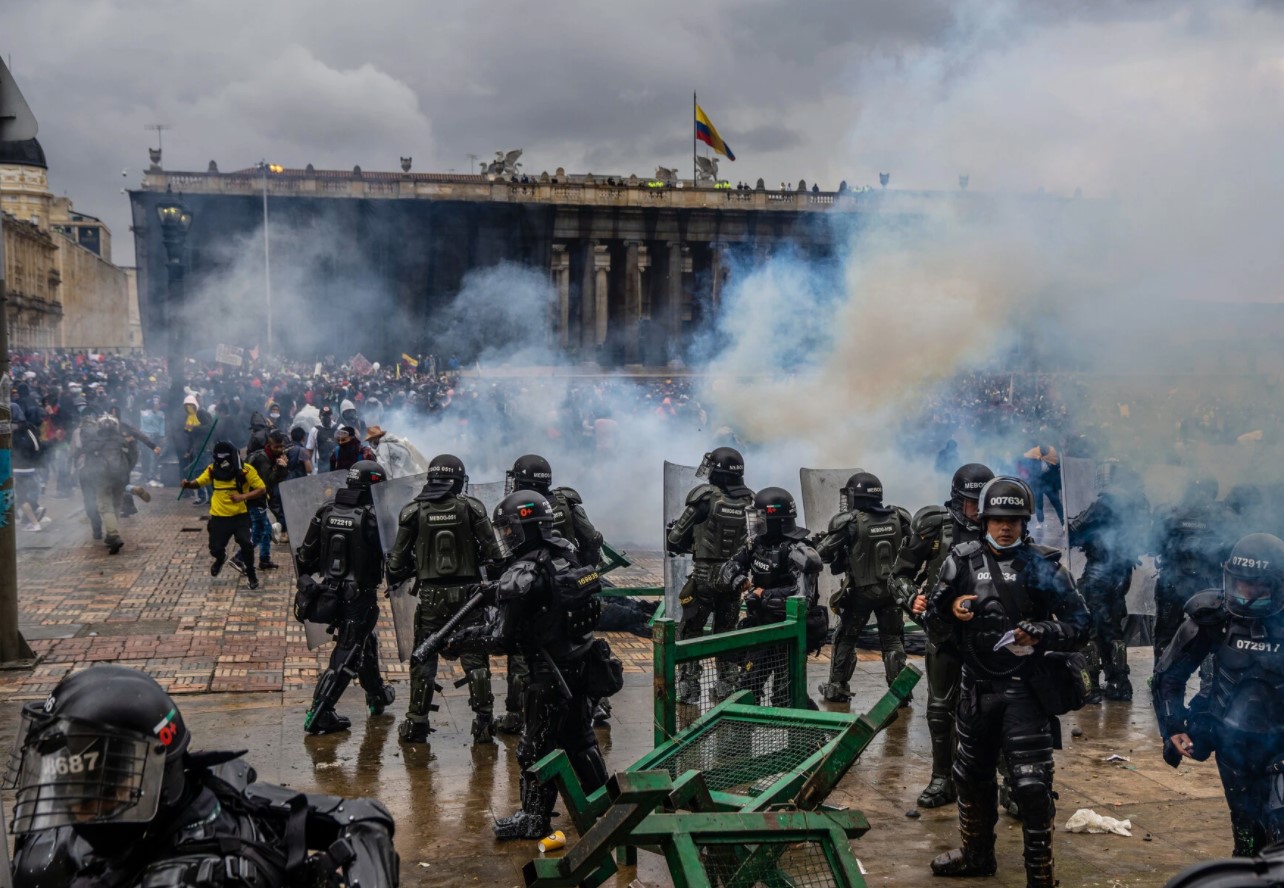 Last Wednesday, April 28th, protests across Colombia erupted after a national strike was called by trade unions to protest President Ivan Duque’s controversial tax overhaul reforms. The reforms aimed at raising $4.1 billion US dollars, to stabilize the country’s economy, but the plan is subject to criticism because it aggravates inequality by favoring the wealthy and placing more strain on the lower-income families, and the middle class.

Almost half of the country’s population lives in poverty, and these inequalities have been exacerbated by the pandemic. Voice of America (VOA) explains that “the widely unpopular tax reform would add a 19% tax on things like Internet service, gasoline, electricity, water, among other things, and impose income taxes on people who earn more than $700 a month.” According to Reuters, the reforms also included increasing the retirement age and making it easier to fire workers. The Colombian government reacted to the protests with repression, and excessive use of police force, resulting in more than 26 homicides, more than 140 victims of violent assaults, more than 761 arbitrary detentions, more than 216 violent interventions, at least 10 victims of sexual assault, and at least 56 allegations of disappearances.

On Sunday, May 2nd, President Ivan Duque announced that he would withdraw the bill. But, protests continue, calling for improvements to Colombia’s pension, health and education systems, as well as against the excessive use of violence by the security forces, particularly Colombia’s anti-riot police, ESMAD. According to The Nation, the ESMAD forces have killed 34 people since its inception in 1999. “Most victims have been activists within Indigenous, student, or peasant movements.”

Some of the most violent incidents have been reported in Colombia’s third-largest city, Cali, where at least 10 people were killed by the police on Friday, April 30th. PBI-Colombia has been accompanying the human rights association, NOMADESC in Cali. Incidents of violence and abuse have also been reported in Barranquilla, Bogota, Bucaramanga, Manizales, and other Colombian cities. On April 30th, the PBI-accompanied organizations including NOMADESC and dhColombia warned of excessive use of force by state agents against protesters in Cali. PBI-Colombia has also been accompanying the Committee in Solidarity with Political Prisoners (CSPP) at the protests in Bogota and the Social Corporation for Community Advice and Training (COSPACC) in the protests in Yopal.

PBI-USA is deeply concerned by the events that are occurring in Colombia. We strongly condemn the extreme use of force against demonstrators, and we urge the Colombian government to respect the right to protest and hold accountable those who violate human rights since the beginning of the protests. We call on the international community to urge the Colombian government to respect the human rights of protesters and create an effective mechanism for public participation to respond to the conditions of poverty that are at the root of these protests. 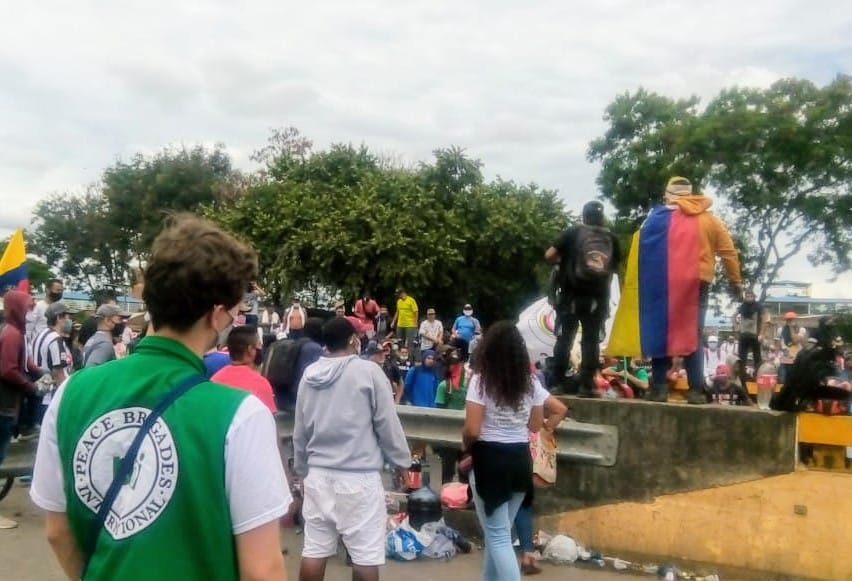 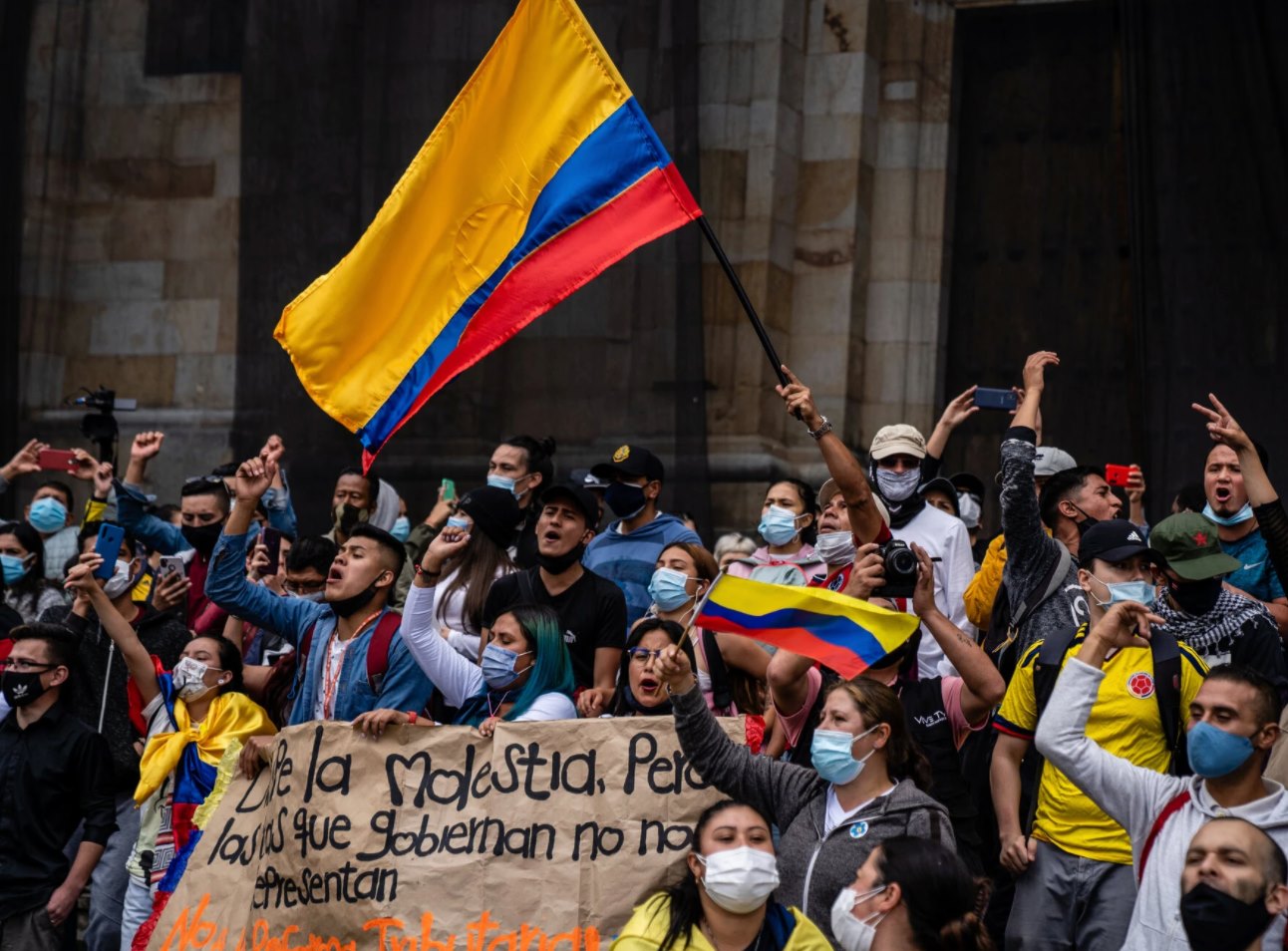 Support our 40th Year Anniversary Campaign by making a donation

Whether human rights defenders fight for social equality, justice, or environmental and indigenous rights, we must protect their vision of the future. For 40 years, PBI has provided protection so defenders can continue their work. With your support, we can ensure that PBI-USA can continue to make space for peace.

Please consider donating to our campaign.

Don't forget to connect with us on social media for the latest updates and human rights news.