Learn more about the defenders 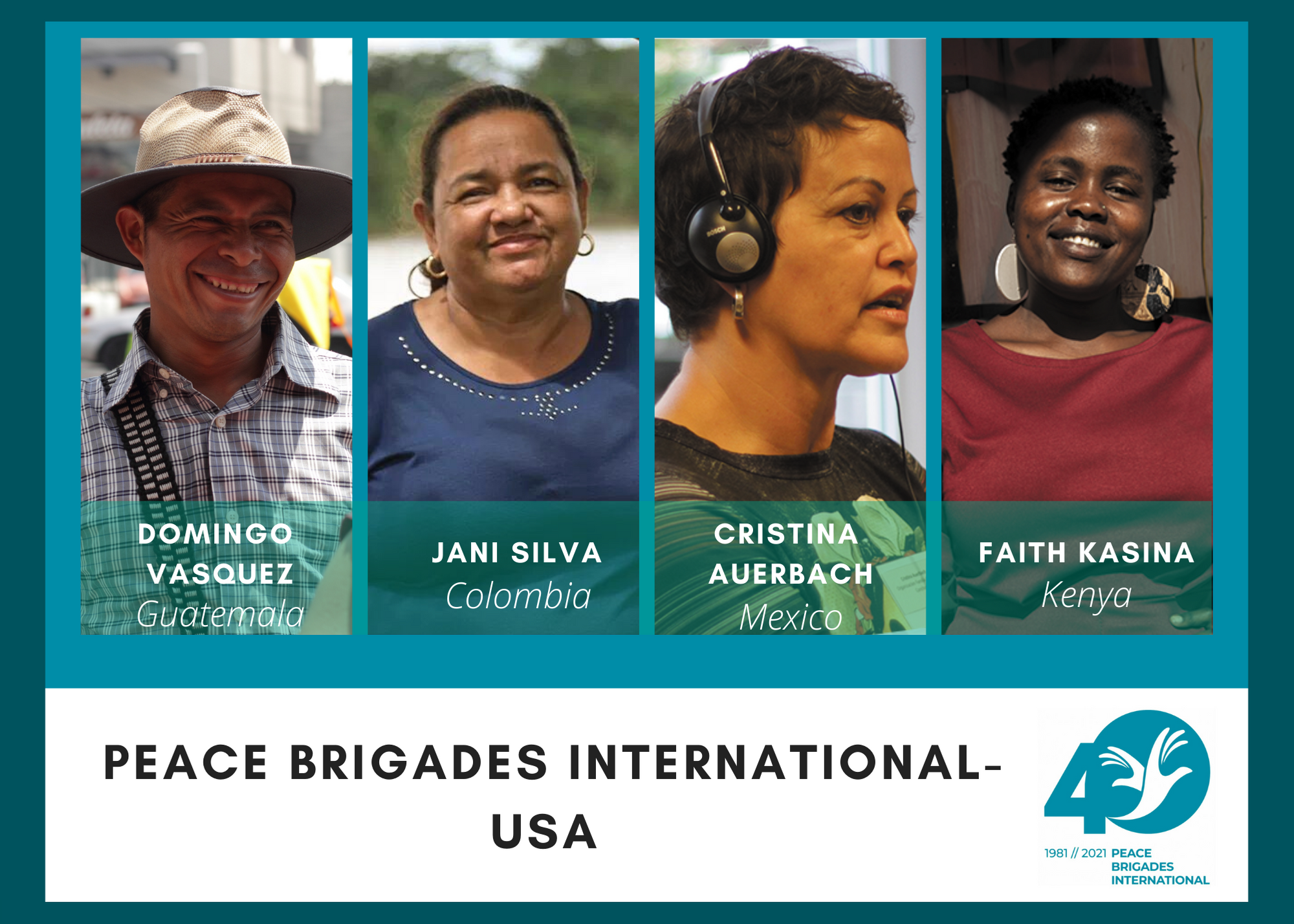 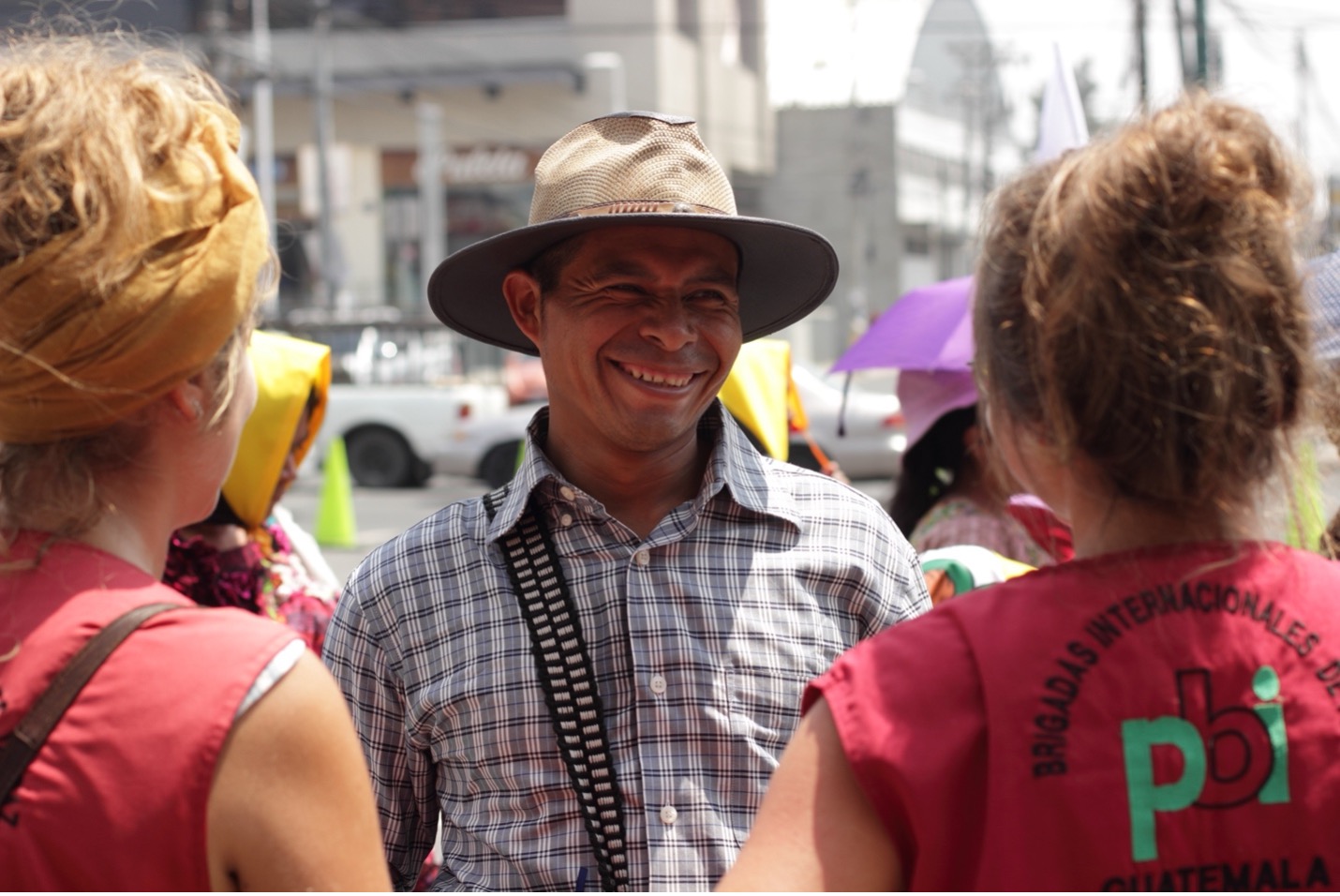 Domingo Vásquez is an indigenous authority and member of the organization Central Campesina Ch’orti’ Nuevo Día (New Day Ch’orti’ Indigenous Association, CCCND). As a human rights defender and member of CCCND, he particularly works on issues concerning the rural economy, the environment, and land rights. Together with the CCCND he advocates for the recognition of indigenous communities and their possession of collective land titles. The recognition of indigenous peoples and territory allows the communities to make collective decisions about their land and can protect them from the construction of extractive projects on their territory without prior consultation. 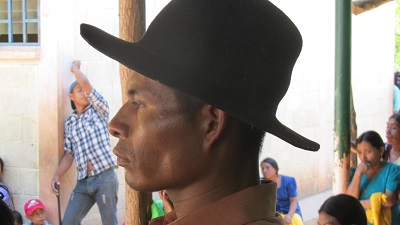 "My name is Domingo Vasquez Ramirez. I am an indigenous authority in the Ch’ortí Maya community of Pelillo Negro, Chiquimula department, and also a human rights defender. The truth is that being a defender arises from necessity. We human rights defenders are those who defend the land, the water, the woods, the rivers and hills, and everything that’s in our territory. I do this because we know that if no one stands up to defend the territories, then there would be consequences. Defending the land is a human right. The land is very useful to us in order to plant corn, beans, everything that the land produces. It is the land that gives us the means to feed our children. And that is why we are so committed to defending the resources in our territory."

"My political vision is that one day the Chortí indigenous community will be free, that there will be no threats by 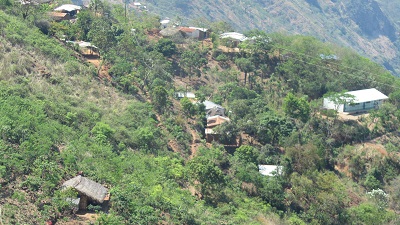 transnational companies and extractive companies. We know that these extractive companies have been dividing the communities. The consequences represent a problem for us because there’s division among families, among neighbors, and this conflict only exists due to the companies that are trying to establish themselves in our lands.”

The situation faced by land defenders in Guatemala is extremely serious. Attacks and death threats against human rights defenders have increased, with high levels of impunity.

"The threats that we have received happen because as human rights defenders we must denounce injustices, otherwise we wouldn’t be doing our job. For that, we are attacked because they know that when we report injustice, we are attacking them through the laws.”

“On a personal level I have received threats not only because I defend the land but also because, as a defender, I support victims of abuses and attacks. For that reason, I have felt personally very threatened by people who have been tried and put in jail. I have been threatened because they know I am the person supporting victims of abuse. For example, there is the case of a woman whose husband was murdered, so she asks me for support. We were able to find and imprison the perpetrator, but the mastermind behind him is being investigated and he attacks and threatens me because he wants me to stay quiet and not pursue the case."

"In the case of the Chortí territory, PBI has a fundamental role. They have provided support through community visits and when we have any lawsuits against us. We always value and talk highly about the work that PBI does, accompanying us in various spaces so we are not discriminated against. This is important because the state institutions and public ministries have long discriminated against indigenous authorities.”

“Thanks to PBI’s accompaniment, the threats against me have dropped considerably. When you are seen with PBI, they say: he is not alone, he is accompanied, he is strong.” 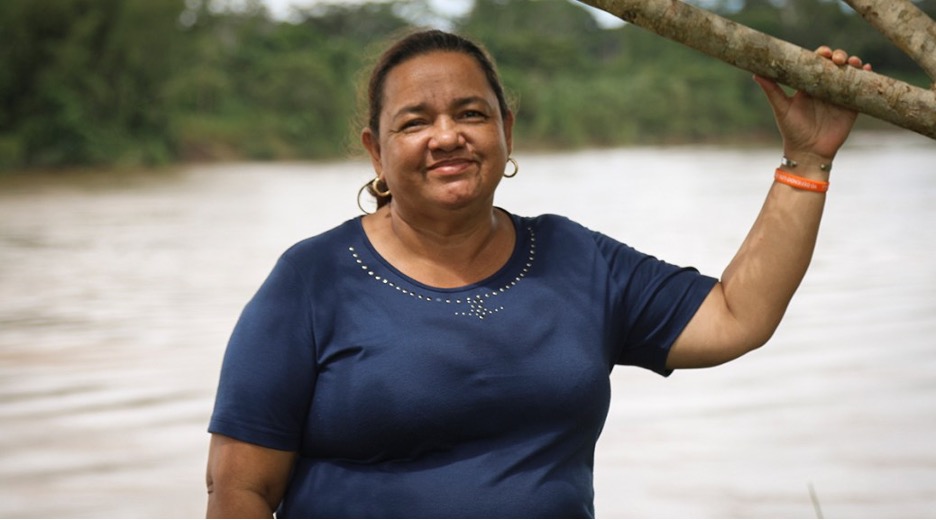 Born in the heart of the Colombian Amazon, Jani Silva has dedicated her life to the defense of the trees and the earth, vital elements for all of us. Since the age of 16, she has supported the peasants’ movements (campesinos / campesinas) of Putumayo, a region in the Amazon, in the south of Colombia with rich and unique biodiversity. Following the steps of her mother, Jani Silva got involved in communal life and supporting the peasants in their administrative procedures to represent her community. In 2008, Jani co-founded the Association for the Integral and Sustainable Development of La Perla Amazónica (ADISPA), which works to protect the environment and the rights of the people who live in La Perla Amazónica, a peasant reserve in Putumayo. 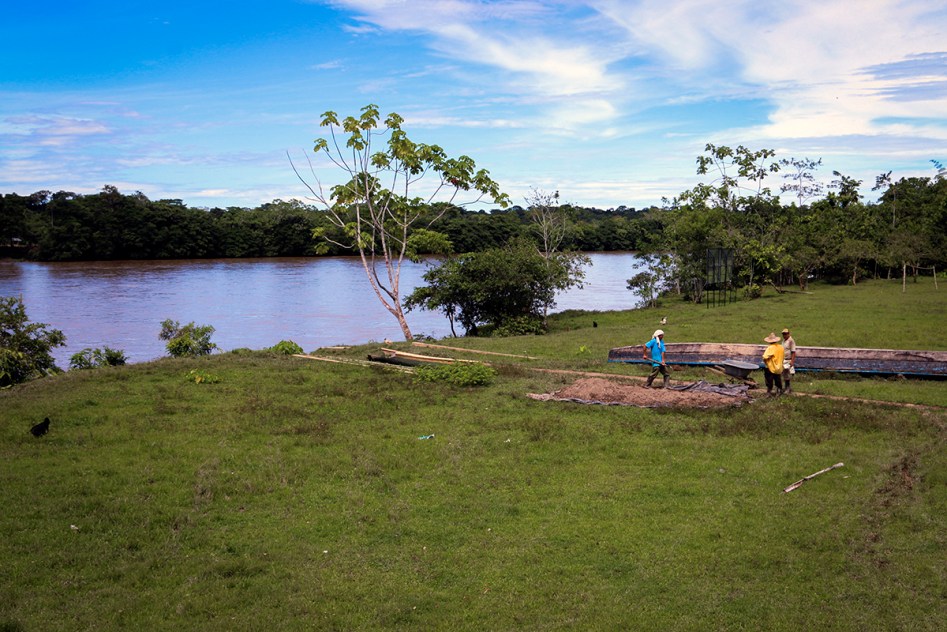 As part of her work defending the environment, she has opposed the oil company Ecopetrol, which in 2006 obtained a license to exploit areas encroaching on the reserve. In 2009, this license was transferred to the British oil company Amerisur. Since then, several oil spills have poisoned the water sources on which the local population depends.

Because of her work, she's been the victim of threats and forced displacement. Threatened and intimidated by unknown aggressors, her life is in danger. But she still continues to work defending the land against gas and oil companies and the destruction and pollution of the environment and its natural resources.

The COVID-19 pandemic has worsened the situation, as the confinement of activists limited their protection. Despite this, Jani Silva has not stopped denouncing the violations of the rights of peasants and the destruction of the environment. She has been accompanied by the Commission for Justice and Peace (J&P), a Colombian human rights NGO supported by PBI-Colombia. Since 2018, PBI Colombia has been supporting J&P in the Perla Amazónica peasant reserve and carrying out advocacy activities with its network to make the fight of Jani Silva and ADISPA visible.

“It is not easy to be a leader, you can be accused of being an informant, or a thief… I can’t complain, I received a lot of recognition from the community, but there are also many risks. You quickly realize that there are some people that don’t want someone around who can speak for the community, who can organize. What they are interested in ensuring that the people don´t raise their voices.” 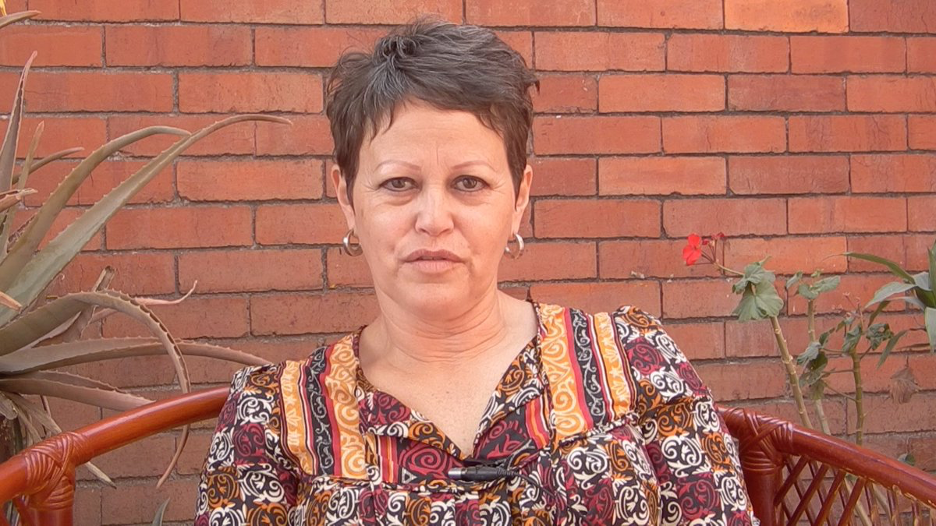 Cristina Auerbach is the director of the Organización Familia Pasta de Conchos – OFPC (Organization of the families of Pasta de Conchos). The organization advocates on behalf of local mining families in Coahuila. OFPC was created in 2006, following the Pasta de Conchos mine disaster, caused by an explosion resulting in the death of dozens of miners that were trapped underground. It was established to bring justice to the miners and their families. 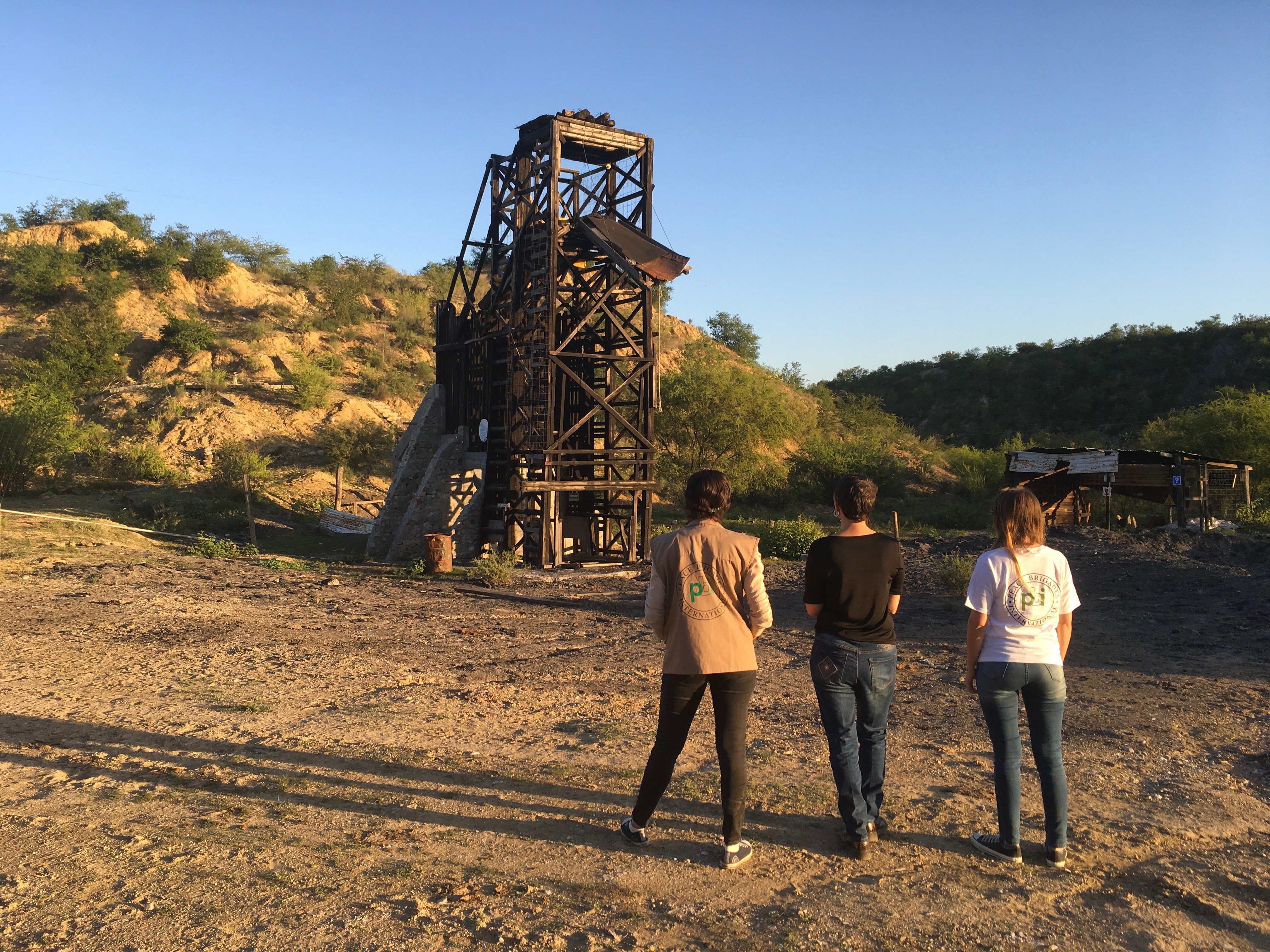 Defending human rights in Mexico and standing up for marginalized mining communities has made Auerbach and her fellow activists a target of politicians and powerful mining companies in the country. Despite the threats and intimidation, and with the accompaniment of PBI, Auerbach continues her work and says that giving up is not an option.

"The campaign against me has been horrendous, I have been libeled and followed and threatened," Cristina Auerbach says. "That is why the work of PBI has been so crucial. We really value it."

Cristina Auerbach’s journey as a human rights defender (HRD) began when an explosion in February 2006 inside the Pasta de Conchos mine in the northern Mexico’s state of Coahuila trapped 65 miners. As the company owning the mine abandoned the search and rescue of the bodies, and authorities failed to be held accountable for the breaches in the mine’s safety standards, Auerbach took up the task of demanding justice for the victims’ relatives and campaign for the recovery of the bodies, all but two of which remain buried underground. As the director of Organizacion Familia Pasta de Conchos, a network of community members, which mostly consists of women from the mining region of Coahuila who advocate improving working conditions of miners and living conditions of surrounding communities, Auerbach has put herself at the forefront of a dangerous struggle against some of the state’s most powerful actors. 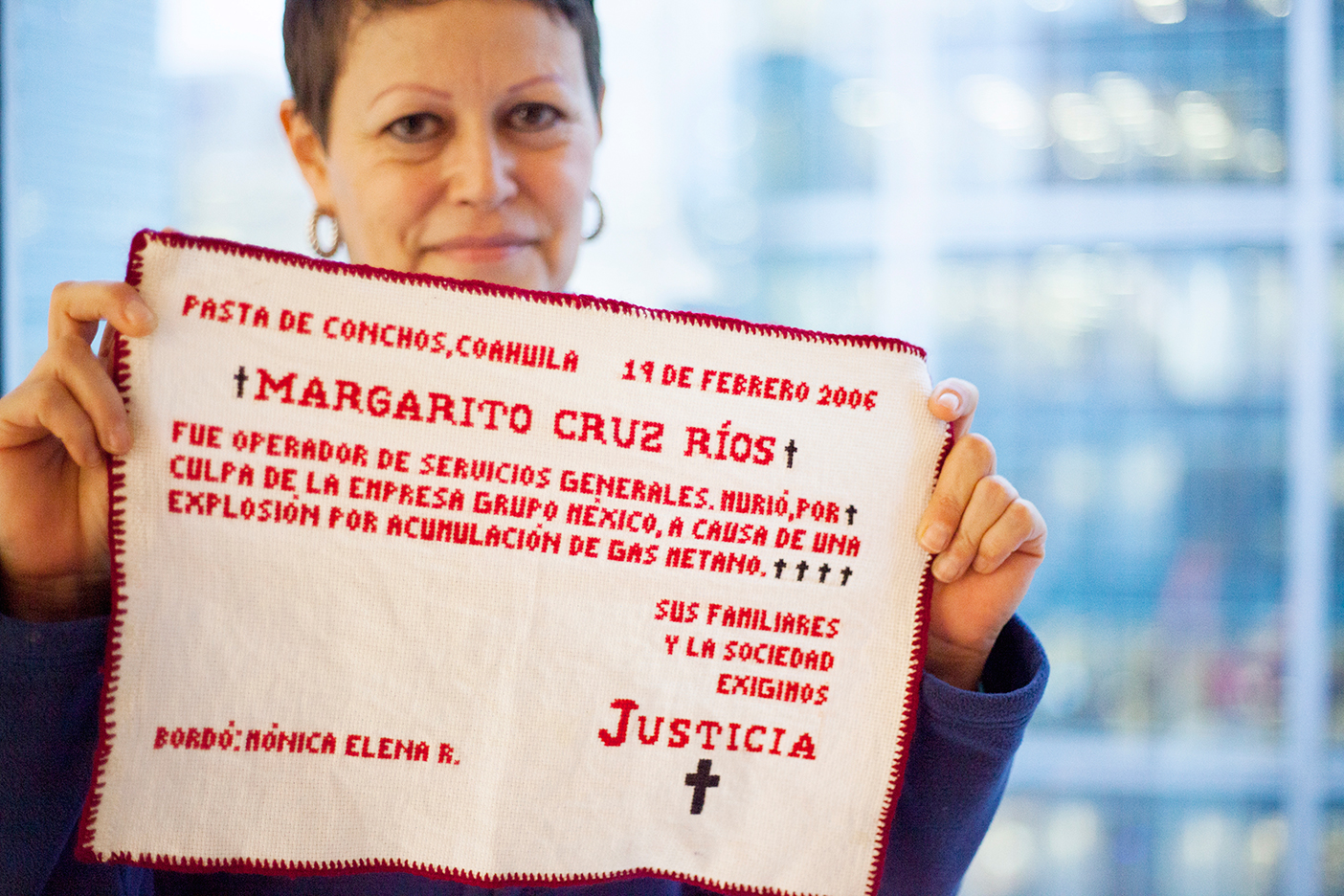 Pasta de Conchos’ concerted effort for justice in the small mining town has led to the closure of four open-cast mines and two shaft mines. The work of Auerbach continues to be a vital part of the region for the promotion of human rights concerns and justice. PBI has accompanied Cristina since 2014 and remains vigilant as she works in a dangerous environment and continues to stand up to powerful actors.

“For me,” Cristina says, “PBI offers the possibility to stay alive. Sometimes I feel death is getting close and is breathing on my neck, as they say inside the mines. PBI gives me and other human rights defenders in Mexico the chance to wake up alive every day and I feel very grateful for that.” 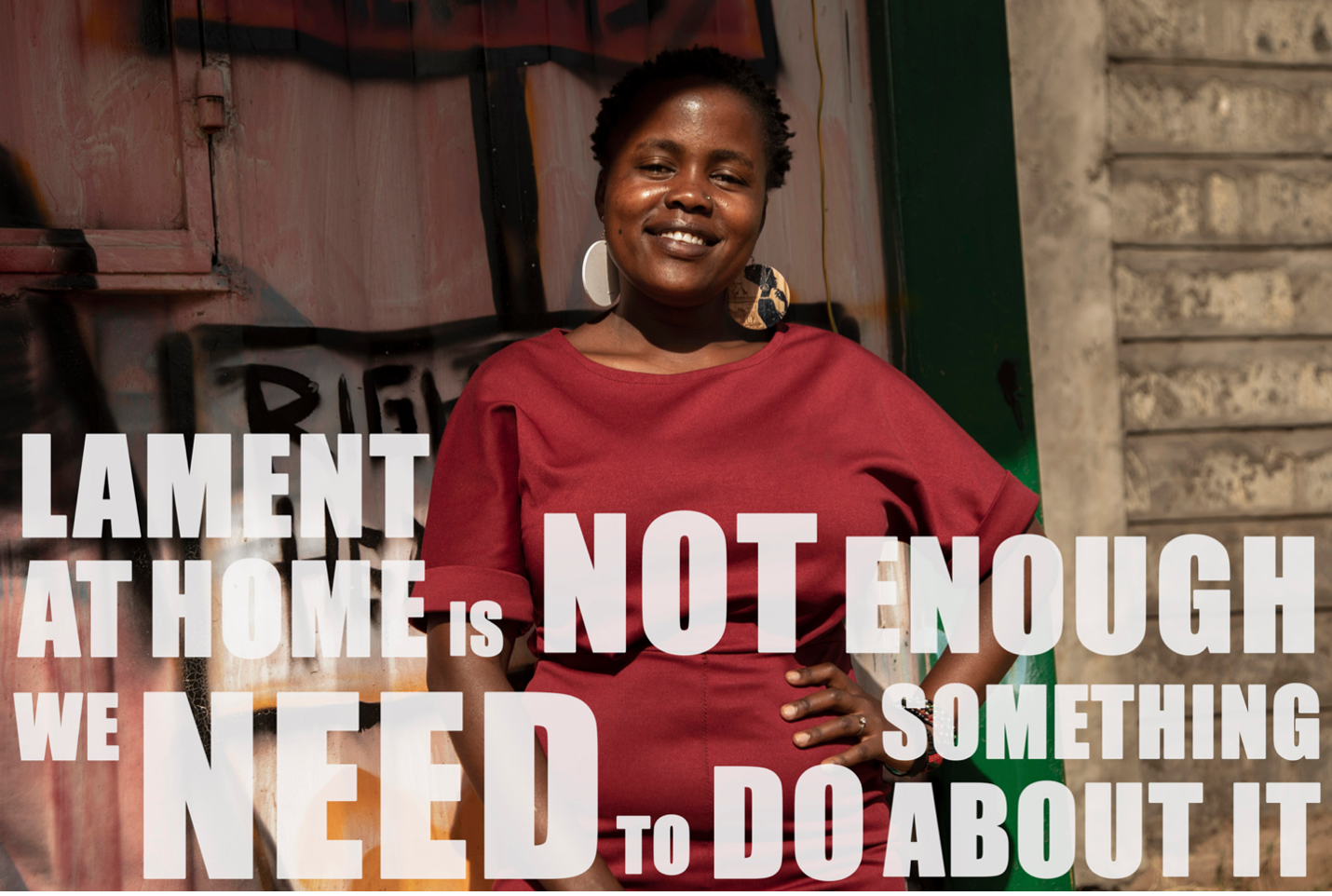 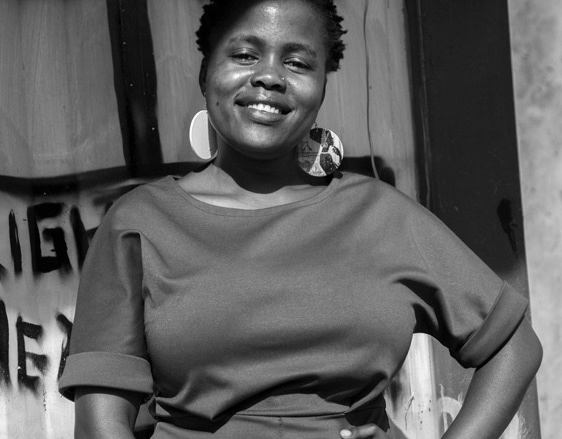 "I lost so many friends to extrajudicial killings. Most of them were innocent, and for those who were not you just need to let the courts do their work. I realized that lamenting at home wasn't enough; we needed to get organized and do something about it."

For years, the urban settlement of Mathare has suffered various forms of structural violence, including land grabbing, forced evictions, police abuse and extrajudicial killings, political impunity, and other economic, social, and psychological violations. This violence has been allowed to go on without any retribution to the community, especially as most of the community continues to live in fear of the consequences of standing up for their rights. 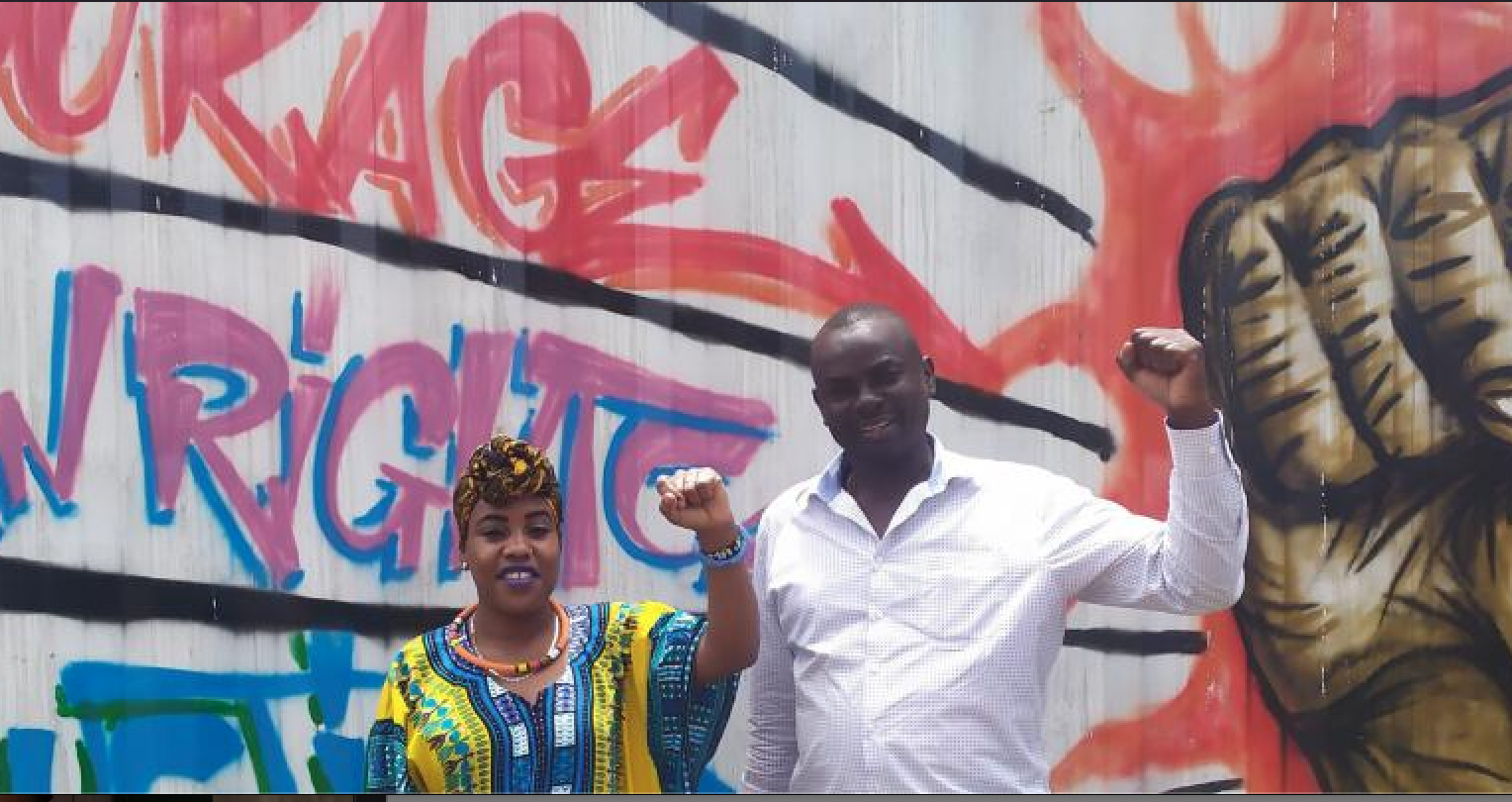 The centers aim to promote social justice in informal settlements through community engagement and the use of social movement platforms. Since 2015, the movement has undertaken a number of organizing activities across all sections of the community and has focused on the documentation of extra-judicial killings.

Please, consider donating to PBI-USA. You can make a safe donation here.

Support our 40th Year Anniversary Campaign by making a donation

Whether human rights defenders fight for social equality, justice, or environmental and indigenous rights, we must protect their vision of the future. For 40 years, PBI has provided protection so defenders can continue their work. With your support, we can ensure that PBI-USA can continue to make space for peace.

Together, we will provide life-saving support to more threatened defenders in urgent need of protection.

Please consider donating to our campaign.

Don't forget to connect with us on social media for the latest updates and human rights news.