“We don’t do this work because of an ideology, we do it out of love, a love that is politicized and has a social conscience." 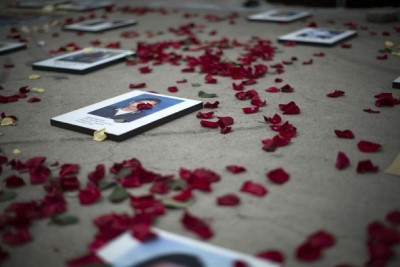 It was a Saturday morning when the first person arrived at the office of the Nydia Erika Bautista Foundation (Fundación Nydia Erika Bautista – FNEB) and found the glass from the windows smashed into pieces all over the floor. That morning, a man on a motorbike had stopped outside the building, broken the windows and then driven off. Later, the police would find that nothing had been taken from the office. It seems the events were a warning, an intimidating message for the members of the FNEB.

The FNEB is an organization dedicated to the defense of human rights, specializing in the fight against forced disappearance. The organization has suffered numerous attacks and threats due to its work searching for truth and justice for this crime. None of the last 14 complaints they have filed with the Prosecutor’s Office for attacks or threats have seen any progress in investigations: “apart from taking statements from people in the Foundation, they have not identified the authors of these crimes, even though we have handed over videos, photos and other information," says Yanette Bautista, director of the FNEB. “We have told the Prosecutor’s Office that to guarantee non-repetition, there must be access to justice and the perpetrators must be individually identified and punished. Without this we are helpless because these events are repeated again and again, and you do your duty as a citizen, reporting to the justice system, but there are no results.”

After the last attack on the office, the FNEB team has decided to respond to the aggression by focusing on internal strengthening, meeting and sharing their feelings, working together, and developing internal strategies instead of separating and abandoning the work they have been doing, which is the aim of this type of aggression. They are very clear that attacks and threats are not going to intimidate them and that they are going ahead with their work. “When they broke the glass they also shattered our souls, but we are resilient,” says Yanette. “We know that we are doing the right thing, that in a democratic society human rights defenders have the right to associate freely, and we victims have the right to express ourselves, to report crime and demand answers from the State.” 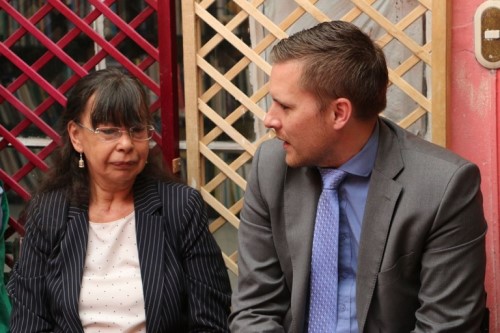 The team is currently working on documenting and preparing reports on more than 300 cases of enforced disappearances, which will be delivered to the Commission for the Clarification of Truth. Students from different universities are supporting the preparation of these reports, along with dedicated workers from the documentation, historical memory, advocacy, and legal departments within the foundation. The support of the students is particularly relevant for the FNEB, as it highlights the importance of new generations taking over the search for truth and justice and the defense of rights, based on the legacy of the struggles of their predecessors and the strength and resilience that the victims have maintained over the years. “This is a historic moment in Colombia”, says Yanette, “and it is essential to highlight the importance of the victims’ contributions through concrete reports, with concrete cases, that tell the story of flesh and blood people who were disappeared.” That is, to humanize what is hidden behind the cold figures, to document the context in which these people were disappeared, how and why they were disappeared, to identify patterns of forced disappearance and the modus operandi used by the perpetrators, but also to make visible the individual and collective impacts of these crimes. This work is being carried out together with four organizations present in different regions of the country: Madres por la Vida in Buenaventura, Familiares Colombia who work in several regions, Narrar para vivir in Montes de María, and Mujer sigues mis pasos in the department of Bolívar.

Yanette talks about the importance of using rigorous methodology in the documentation of cases to avoid the questions usually asked because the reports are based on testimonies. Indeed, FNEB carry out a complete investigation, based on complaints and court records, evidence, other documentary and academic sources, and also the reports of international organizations such as the United Nations (UN) or the Organisation of American States (OAS), who have been monitoring the situation in Colombia. “We hope to present more than 300 cases of enforced disappearance and related crimes such as sexual violence, forced recruitment, summary execution, and kidnapping linked to forced disappearances; and as added value we will present a report on the psychosocial impacts in one or two regions, based on our work with the victims themselves, and also on experiences of resilience at the national level, in the 7 regions where we work.” 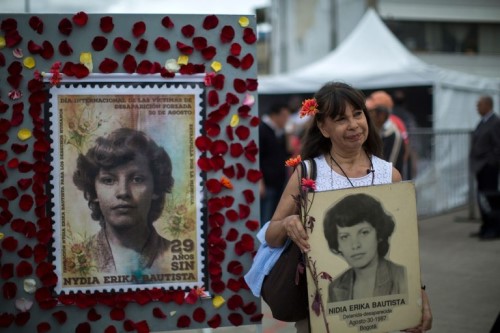 The organization also highlights the importance of integrating a differential approach to work clarifying the truth, that reveals how violence in the context of the armed conflict affects children, women, indigenous communities, and Afro-descendants in different ways.

Yanette emphasizes that the adversities and risks involved in carrying out this work in Colombia only give them greater motivation to keep going, for all the people the foundation has accompanied who have placed trust in them. In her words, “we do this work because of our love for the disappeared; we don’t do this work because of an ideology, we do it out of love, a love that is politicised and has a social conscience.”

Yanette Bautista has been fighting against forced disappearance in Colombia for 30 years, since the disappearance of her sister, Nydia Erika, on August 30, 1987. Since then her search for truth and justice in her sister’s case, but also for many others, has been incessant. “What guides me is love for Nydia Erika, and also for Cristóbal, because of their dignity, because we want people to see us as a lesson in dignity for society. We want people to not be terrified by our work, to not be afraid, but instead to feel that the legacy of this work is important for democracy, even if it is hard. It is hard to deliver a person’s remains, hard to give testimony in the Prosecutor’s Office, it is also hard to go out on marches, carrying the photos of our missing loved ones, but it is really important to make them visible and show that they were also human beings, with a family that has never forgotten them.” 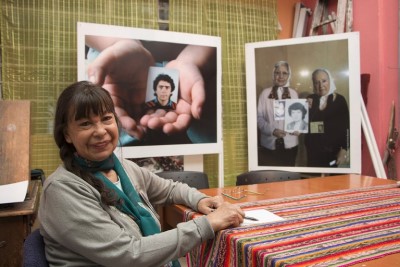 When we ask her what gives her the strength to continue on this path as a human rights defender, she tells us: “My doctor tells me that every day that dawns I should ask myself if I am happy doing what I do, because he was impacted when he saw all the pictures of missing people in the office, and he says that I have sad eyes. But I think his question is wrong, because I cannot say that I am happy when they find the body of a missing person, which is what each relative dreams of--finding the body so they can have a grieving process, to mourn and give their loved one a decent burial--but I can say that I feel satisfaction doing what I do. I feel really happy helping the victims…but this is not happiness, I don’t know, a philosopher could maybe say, but I do feel a lot of satisfaction about what I have done over these 30 years, walking alongside the victims.”

The legacy that Yanette and the rest of the FNEB members are working for is a Colombia free from forced disappearance, a Colombia where new generations can go out without fear of being disappeared. Their persistence does not appear to have waned in the face of the threats and attacks against them, because it gives them even greater strength. As Yanette says: “we don’t want hope to disappear. It strengthens us; it inspires us, the memory of our loved ones is in our hearts. They are always present and we know that they protect us and will not let anything happen to us.”